After working very hard, Ben had the opportunity to present a talk at a tech conference in San Francisco last month. We were all so proud of him for reaching this great career milestone, but I got even more excited when he extended the invite to stay in his company-expensed hotel room with him! I had a lot of fun the last time I visited and didn’t want it to be another dozen years before I got to return, and there were things I had been mentally adding to a to-do list since leaving San Francisco in September, so I was all too happy to take a few days to unwind and enjoy the city by the bay.

Wednesday evening, I flew out west, my first time flying with Virgin/Alaskan, ready to feel the effects of the time change during my stay but determined to be chill and relaxed in an attempt to get over my burnout. (Spoiler alert: I remain not great at chill and relaxed.)

I landed later than expected land got to the hotel… completely starving out of my mind? I was really hangry because I had a large, late lunch and had zero interest in eating before my flight, despite the fact that my flight departed at 6pm. (You ever try working up an appetite looking at a Chipotle while a giant burger sits in your belly?) So, unfortunately for Ben, I landed really cranky from hunger, and by the time I got to the hotel, I had no interest in doing anything but curling up to hangrily sleep. (Fun fact: We were back at the SF Marriott Marquis, the same hotel we stayed in over Labor Day weekend! It was nice to be back among familiar surroundings.)

Thursday morning rolled around, and Ben, in a noble attempt to placate my by-now really unreasonable hunger and crankiness, took me to the hotel breakfast buffet so that I could fill up on as much food as I could muster. I felt a lot better after stuffing my face for a while, and Ben was able to fully relax knowing that his talk was done and his girlfriend was not glowering while struggling to stay upright.

Since Ben still had work obligations, we planned to not really see each other until the weekend, so I had planned full days for myself to enjoy solo during the weekdays in SF. He went off to work and I took myself to the California Academy of Sciences.

The California Academy of Sciences is a pretty spectacular institution. You can visit a planetarium, aquarium, and natural history museum all under one roof! 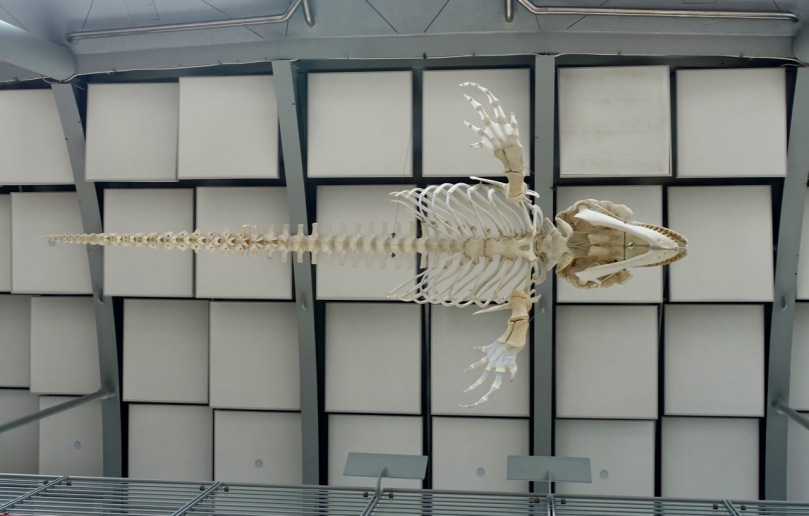 I spent some time walking around and getting my bearings before being drawn into the Osher Rainforest, a 90-foot-high rainforest housed in a stunning glass dome. From there, you can experience three levels of rainforest life while butterflies fluttery by around you. 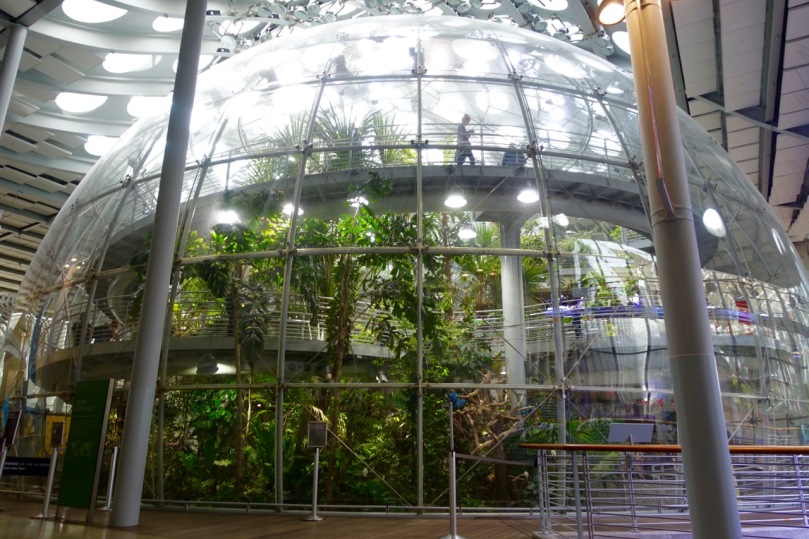 As of about a week before I visited, they just installed a little cocoon box so you could see moths and butterflies emerging from their chrysalises. It was literally a brand-new addition to the rainforest exhibit here, so it was exciting to see! Also, I really love butterflies and how at peace I feel with them fluttering around. When I was growing up, one of my favorite place to visit was the Bronx Zoo, which I called the “Butterfly Zoo” because I only have memories of being in the butterfly house there and spending all of my zoo time in there. 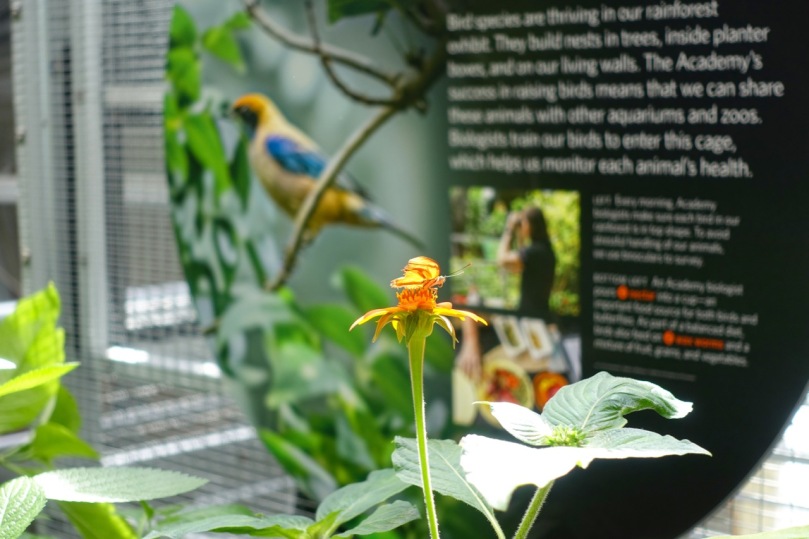 After you get to the top of the dome, you take an elevator down, down, to see the flooded rainforest and the flora + fauna that live there. This is also where you can get a closer look at Claude, the famous albino alligator.

From there, you can proceed further to the aquarium portion of this museum. I have loved loved loved aquariums since I first watched The Little Mermaid and the one at the California Academy of Sciences is no exception! There’s just something really magical about being eye-level with the wonders of the water, lit by blue and violet lights that just make everything seem calm and peaceful, if only for a moment. 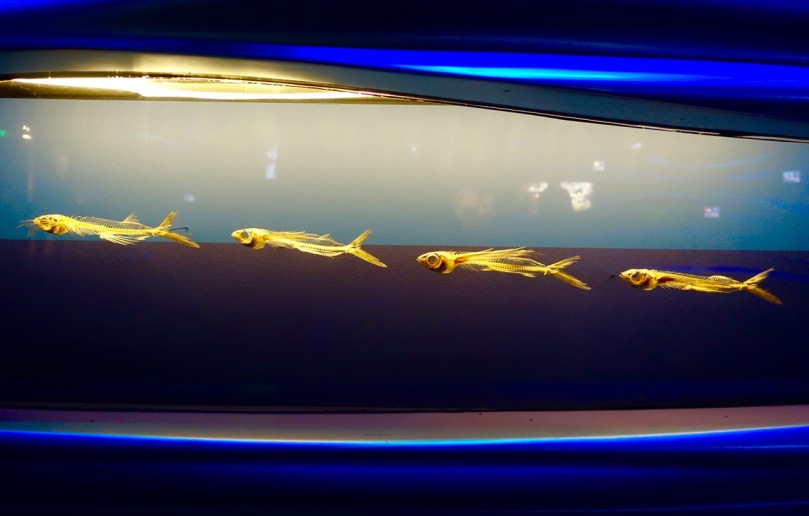 When I finally emerged from under the sea, there was still so much more of the museum to explore! I appreciated that there was a whole section dedicated to earthquakes and San Francisco + California earthquake history in particular. There is an earthquake simulator that you can stand in to experience magnitudes of the two big earthquakes to hit the city in 1906 and 1989.

The Tusher African Hall is one of the first things you’ll see upon entering, and it’s a quieter area where you can learn about African wildlife and the history of human evolution. At the end of the hall is a penguin tank, where you can watch an African penguin colony in a man-made habitat that was built to closely resemble their natural habitat off the coast of South Africa. I was able to catch the 3pm feeding session which I’d recommend if you want to see the penguins in action and ask questions.

As I went up through the museum, I visited the gems and minerals exhibit (where I learned a lot about the different ways that minerals manifest in our world), the naturalist center (which is a really awesome hands-on activity center that I highly highly recommend bringing kids to for an interactive way to learn a lot about a lot of different things housed in the museum), and, at the very top, the living roof, which powers the entire Academy and more. 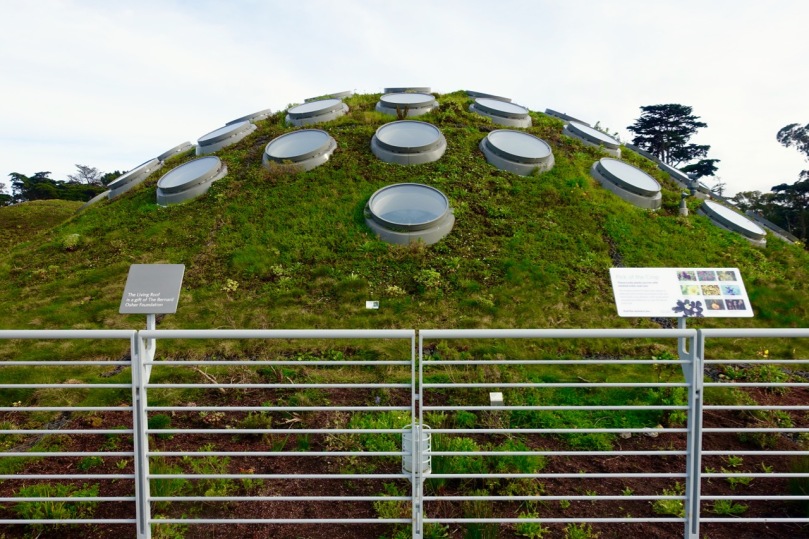 If I was fueled a bit better, I could’ve spent more time here, especially if I had someone to share all these amazing exhibits with. Alas, my hangriness started to kick in and even I had had my fill of exploring this awesome museum by myself, so it was time to head out and fill my belly once again. On Thursday evenings, the Academy actually hosts Nightlife, a weekly adult program for grown-ups to drink and explore the museum without kids running about and with a different theme each week. However, I had made plans to do a similar activity on the other side of town over at the Exploratorium, but I’ll tell you about that next time… 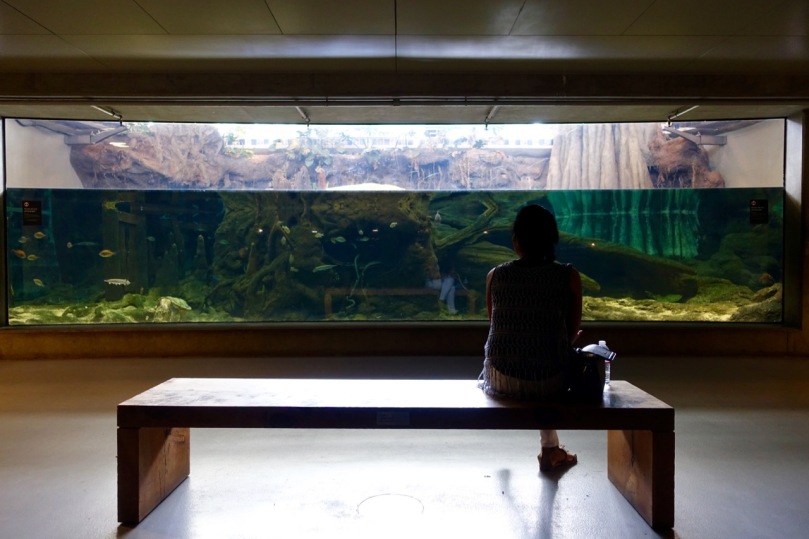 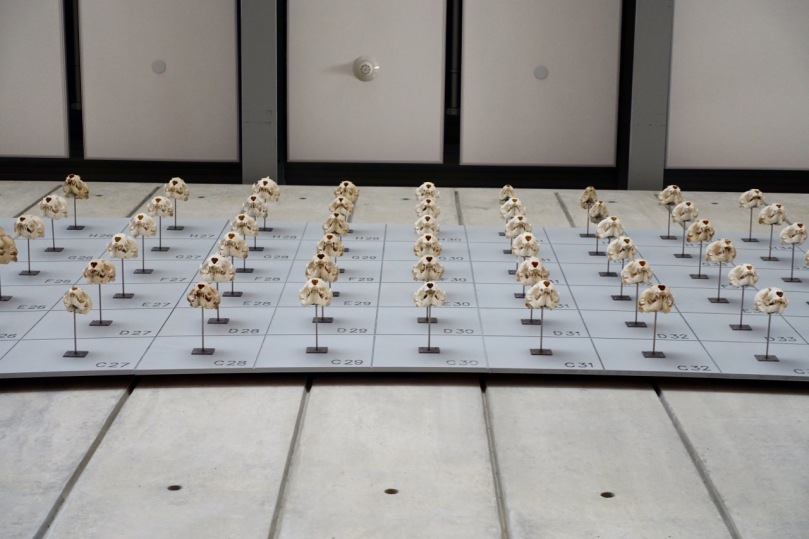 Do you like visiting museums when you visit other cities? I used to think it wasn’t a great use of my time, but especially for this trip, I really relished the opportunity to walk at my own pace, read every single placard like I love doing, and learn new things! My favorite thing to do is to sit and soak it all in. Museums are one of my favorite things about humanity, so to take in these monuments to history and achievement and science is really moving for me. In aquariums, especially, I like being able to sit in front of the largest tank in the joint and people-watch and fish-watch.

What are you favorite thing to see in science museums, natural history museums, and aquariums? I can’t really pick, but aquariums have a special place in my heart because I’ve loved the ocean since The Little Mermaid, and I do love watching jellyfish. I swear I can feel my blood pressure lower and my heart rate slow when I watch jellyfish pulsing through the water.