On Friday, my boyfriend and I drove up to Atlantic City for a Yelp-hosted weekend getaway trip, sponsored by Bally’s & Caesar’s. My best friends also came up with us.

Let’s just say it was an amazing time.

We got there too late for the registration happy hour, where there were some free drinks and munchies, since we were coming all the way up from the DC Maryland region and most attendees were from the New Jersey/Philly Yelp communities. It was raining and foggy and we got hungry, so we didn’t check into our room until about 8.

It was so foggy outside our window that, literally, I couldn’t see maybe 100-200 meters past the hotel. I couldn’t even see any lights from neighboring buildings or parking lots or roads or anything. Just the street directly in front of (or behind…?) Bally’s and the roof of a building and that was it. That was our view for the entire weekend (until the morning of check out).

Ben and I watched a little bit of Source Code, which was playing on TNT, until my friends were checked in. Then we headed to Mountain Bar for the first party of the weekend. We each got 2 free drinks and the bits of free food that was left. I wasn’t that hungry though after stopping on the way for dinner. I don’t drink much, but I did try whiskey for the first time. It made my mouth hurt and then numb… what? Anyway, I also got this cool souvenir jar that was for a promotion in the participating hotels. Each one had different signature drinks, and we got to keep those mugs yay. It was a really fun evening watching the go-go dancers, people ride the mechanical bull, and a random appearance by impersonators playing Humphrey Bogart, Marilyn Monroe, and Frank Sinatra.

The next day, we got up and headed to a local joint that had good reviews, but was not quite what we wanted. We were expecting a little brunch place for our Saturday brunch, but it was just a bakery and a rather mediocre one at that. We hid in there as lightning struck startlingly close and waited for the rain to let up before we headed to a proper lunch place. We just stopped into a chain place because we were pretty famished at this point and it was threatening to start raining on us again.

After lunch, we managed to complete the scavenger hunt (after skipping some steps oops), which means we each have a free night at Harrah’s sometime during the week. Then, we went to Piers Shops at Caesar’s to enjoy the fountain show and do some window shopping, since we canNOT afford most of those stores. (Yes, I see you Tiffany’s. No, I won’t even bother walking in.) Just some fun casual browsing, the highlight of which was getting massages in the chairs and foot-massage devices at Brookstone.

We were pretty tired at this point, so we all went back to our rooms for naps (haha). Afterwards, we went to Johnny Rocket’s in Bally’s for dinner. It was my first time in a Johnny Rocket’s, so I was a little surprised by things like turning off the lights for birthday celebrations, and the we-wish-we-weren’t-here performance in the middle of the restaurant. My burger and shake were yummy, but my milkshake may have given me a bit of a bellyache, so I headed back to my room for some hot water and The Big Bang Theory while my friends tried their luck in the casino.

Multiple cups of hot water for me (some pre-game beverages for other people) and episodes of The Big Bang Theory later, we got dressed for the final party of the weekend at Caesar’s. We were BLOWN AWAY by what we saw. There was an entire ballroom reserved for us, and the room was decorated in true Caesar’s style for our toga party. People went all out with costumes, there was an open bar (a mistake for Yelpers, trust me), lots of delicious food… it was way more than I was expecting and I was so excited!
I still had a bellyache though, so I didn’t get to eat very much. But the bites I had were delicious. Apparently, as my friends were coming back from the bathroom, they saw cops haul away some people fighting over a girl. I missed out on that action 😛

By the end of the night, I had an awesome goodie bag and was fully prepared to come back next year for another wonderful weekend. This was definitely a lot more fun than I anticipated and I have to give mega props to the Yelp organizers who put this together.

At least there was sunshine to send us off. 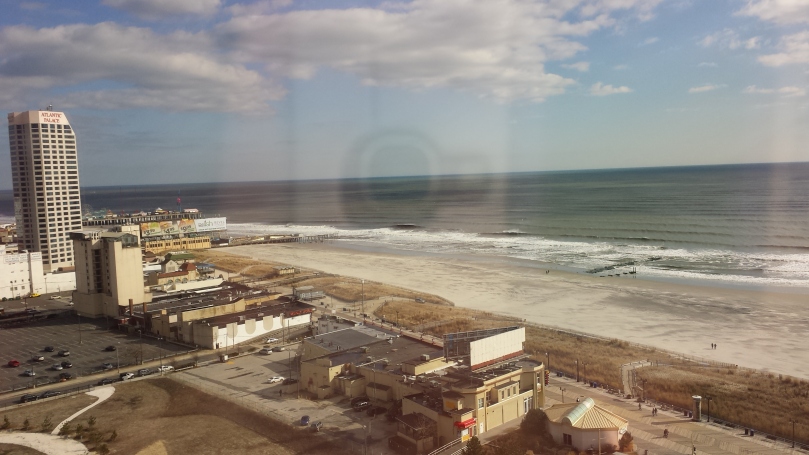