If you’ve been following along with my AwesomeCon recaps (days 1, 2, and 3), or reading this blog for a little bit, you’ll know that I really relished my first convention cosplay experience. It’s something I’ve been wanting to do for such a long time. 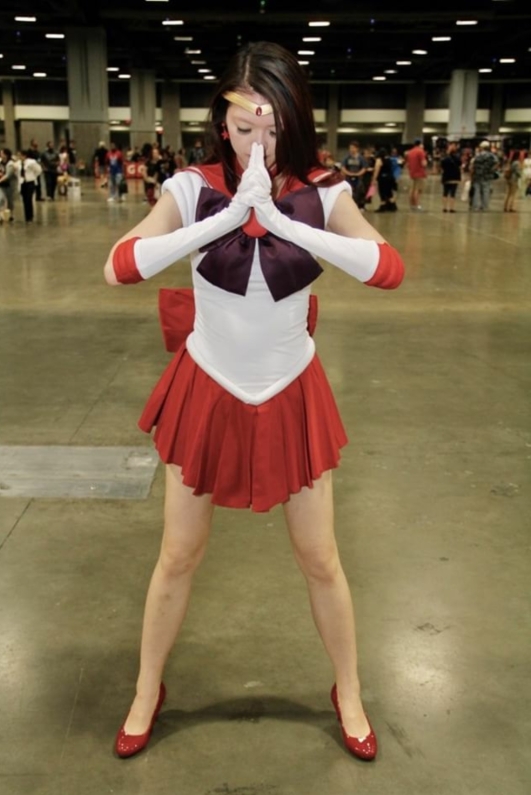 It was truly an experience and I wanted to detail and document what it was like to finally get to cosplay at a convention after years of hyping it up for myself.

Let me just throw this out here now so there is no confusion later: I don’t sew. Outside of mending clothing when the need arises, I don’t currently possess the skills necessary create clothing out of fabric.

I’m also not particularly crafty. DIY is usually not my forte, and I still marvel at people who own a ~hot glue gun~, as that seems to be a hallmark crafty-type thing to have.

What does all that mean? I bought everything. One day, I’d like to be able to make my own accessories, at least, or DIY things so that they are more accurate to the character I am portraying, but at this beginning stage of my cosplaying, I buy everything I can afford. Here’s what that included: 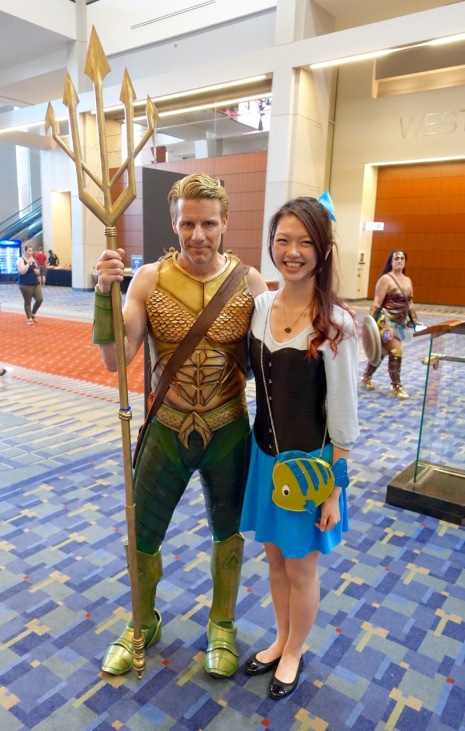 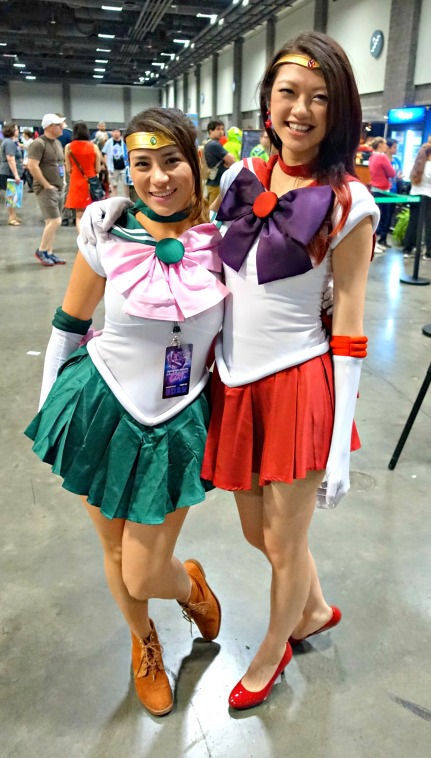 Because my hair is red right now, I did spend time touching up the color with Overtone colored conditioner and then… attempting to curl my hair the morning of Day 1. Lemme tell ya, one of the reasons I started exercising this year is because of how sore my arms feel after curling my hair with my super cheap-o curling iron I got at at TJ Maxx a while ago.

On all 3 days, I did makeup before leaving for the convention. I don’t wear makeup on a daily basis, so this is always a bit of a struggle before a special event. I was trying out a BB cushion for the first time, and that was actually really nice to use (although I may look for an oil-free formula next time), but the real problem was my eye makeup.

I need to practice doing eye makeup. Winged eyeliner? It never matches! And on day 3, I actually ran out of eyeliner in the middle of trying to line my second eye so… I just ditched the eyeliner altogether. This was a huge bummer because the eyeliner is fairly key to helping me achieve the anime eye look…) Speaking of anime eyes, I don’t really know how to apply false lashes, and yet there I was… wearing them to the best of my ability?

Because of the false lashes, I wasn’t able to wear my glasses during days 2 and 3 of the convention; the lashes would push up against my lenses and look ridiculous. There was a lot of squinting and asking Ben to scan crowds and read signs for me. 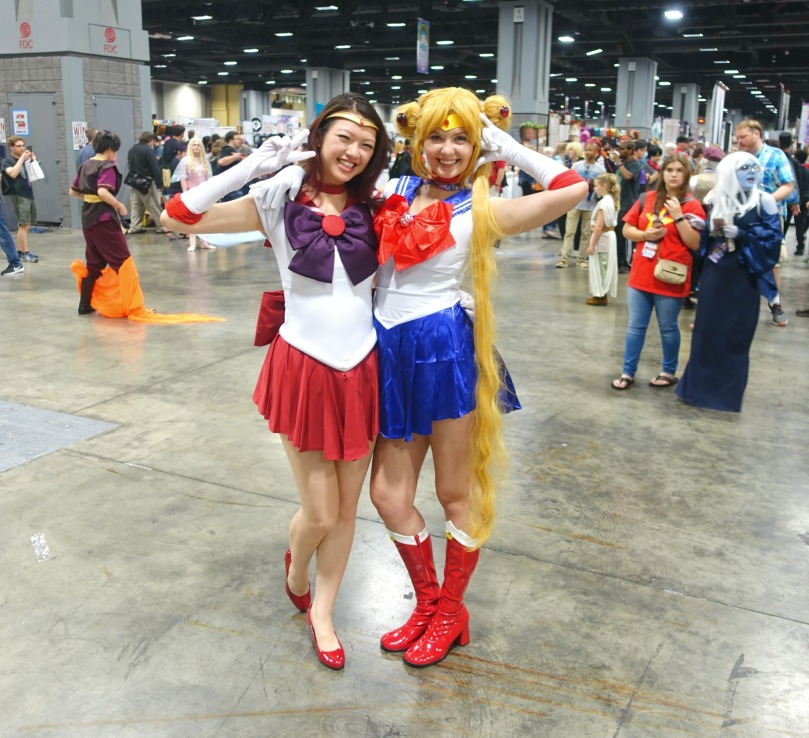 I had small things happening with my Sailor Mars costume, like the gloves starting to get dirty because I touch things often but they were white fabric. At one point, I realized I was causing pilling on the costume because of how often my bag was rubbing against the fabric, so for day 3, I had to shave off those pills. It was a good thing I had a Tide pen with me because I did have a few small stains on the costume and had to spend a fair bit of time addressing them ASAP.

AND YES THE WIG PANIC WAS SO REAL. I was so traumatized by the whole experience, I don’t know how I’m going to ever attempt to wear a wig again.

Despite the pain from my costume components, cosplaying was one of the best experiences of my life. All the pain and effort and time was worth it every time someone recognized my character and lit up or asked me for a photo. Call me vain but I really loved taking photos with people who were fans of my character or my costume. And if none of that was worth it, meeting that young girl and her dad on Father’s Day easily made everything worth it. I will cherish that specific memory for the rest of my life, and it will guide my future cosplay and convention experiences going forward. 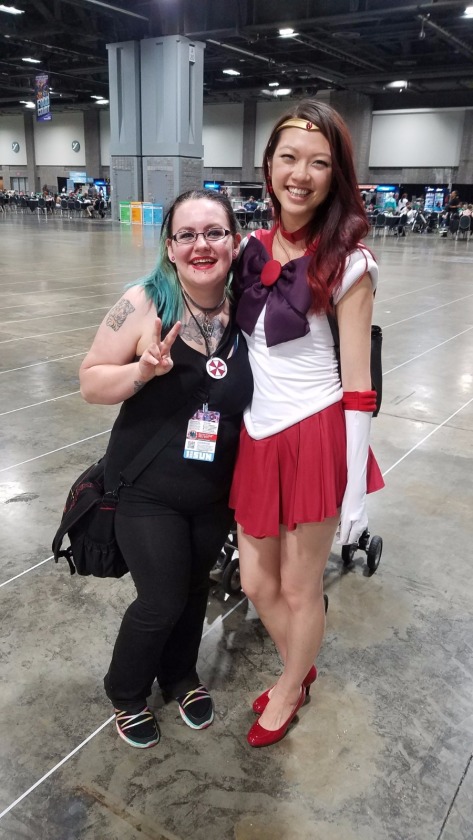 One thing I wasn’t expecting at all was how many people would recognize that I was a Scout but not what planet? In fact, I think I heard almost every single planet name guessed over the course of the weekend, even Outer Senshi names, which really surprised me.

A man came up to me at one point with his phone as he was livestreaming to his audience on Instagram or Facebook. He looked at his phone and as I waved to his viewers, he said, “Oh, no one is giving you any likes!” and walked away. I am very sorry to him and his social media following that my 3 seconds of face time was not like-worthy. 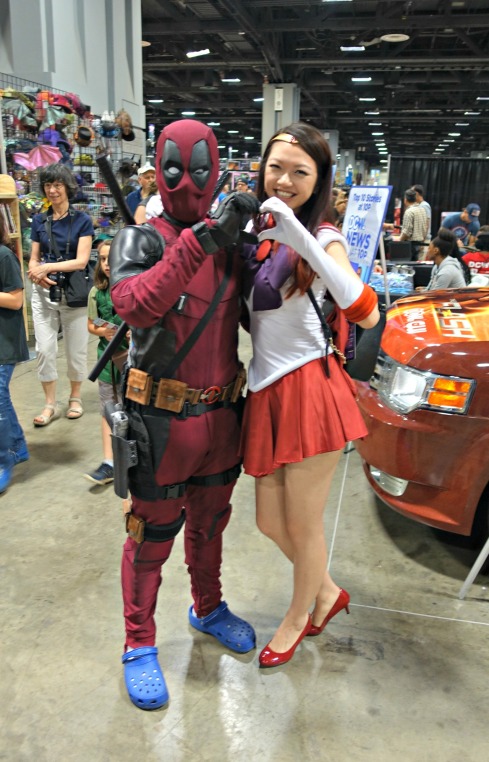 A guy was looking at me with a big smile on his face. “Do you want a photo?” I asked. He nodded and got his camera out, so I handed the fries and chicken tenders I was holding to Ben. The dude’s smile dropped and he said, “Oh, I thought you were eating fish fingers.” I was dressed as Ariel, so I guess he thought it would make for a good photo. Sorry, bro.

As I was leaving the convention center, a man asked me what my cosplay page was. I laughed because it was my first time! In hindsight, I should’ve just pointed him to this blog, since I’ll be sure to document any other cosplay here. 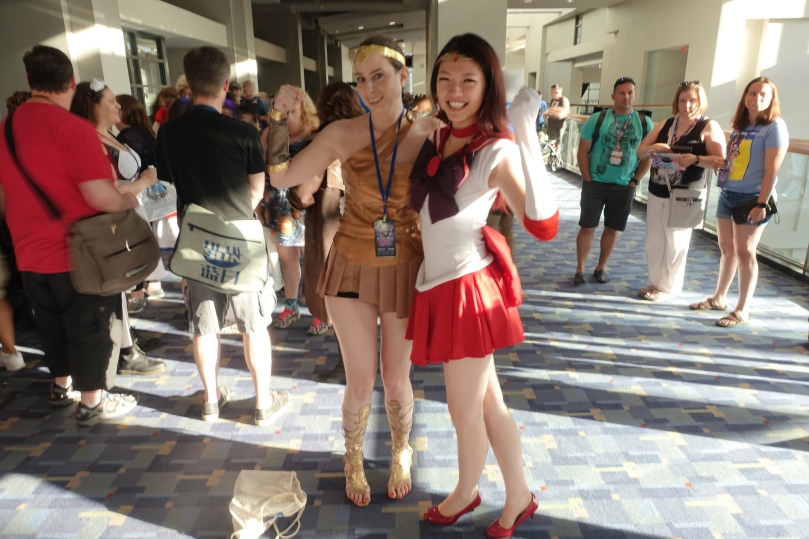 On day 3, I got stopped for photos multiple times as I was trying to catch my Lyft home. Even as I was stepping into the car, someone asked me for a photo. I felt like a freaking celebrity getting mobbed by paparazzi!

Also being handed a leash, that was definitely very weird.

I had such an incredible time, and I absolutely cannot wait to cosplay at a convention again. I’ll be wearing Mars out again eventually, but I am already thinking about my next costume. Of course, Halloween is a ripe opportunity to bust out a costume, too!

Who should I cosplay as next?? I don’t want to spoil my Halloween costume, but it is a character from a popular TV show and that’s all I can say right now!