According to some folks, summer is officially over. 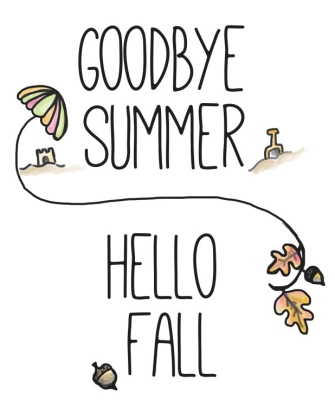 This summer, like many summers, did seem to fly by at times. But there were many days (weeks, even) where I could have sworn the heat had slowed the passing of time, leaving me there to melt. DC set several heat records this year, including a record of 51 days above 90°F in 2015, and we’re still not safe from more heat to come. (I haven’t forgotten that freakish 80° day the first December I moved down from New Jersey.)

At some point towards the end of July, I realized my blogging game for the summer was not there. I began editing a “Summer Favorites” post to make up for all the monthly favorites I had missed, like how the post was originally titled “July” favorites when I realized I hadn’t even done June. (or May or April…)

Originally, I was going to push forward and try to get some individual event recaps posted, but here’s my new plan: give you a broad overview of what my summer has been like and then retroactively do those individual recaps. They are already delayed anyway, so what’s another few weeks, I guess? Versus having a more timely summer recap?

So, let me tell you about a few things I did this summer, with more detailed available on asterisked* ones. (Don’t hold your breath if you’d like to see those, but do let me know and I’ll put extra effort in pushing those out even though they won’t be timely anymore.)

… I started a new job with a DC startup. After spending a decent amount of time doing part-time work, it was nice to settle back into a full-time role, regularly spend time in DC, and be around other people. Plus, I was excited to work with a small team versus where I was last summer, as I felt I got really lost in corporate America with my job then.

… I attended my friends’ – Alex and Cindy’s – wedding*. This was big because not only do I rarely get to go to weddings, but this was a XANGA WEDDING. I met Alex through that good ol’ blogging platform, and his wedding turned into a bit of a Xanga reunion for a lot of his friends. I was able to meet some folks that I have only ever interacted with online, as well as see some of my other Xanga friends who I haven’t seen in years. Xanga forever! Blog friends are real friends! 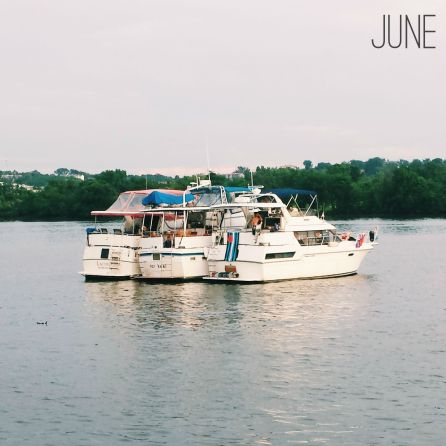 … I spent most of my time with my new job, trying to settle into my role and juggling start-up hours. But I was still able to find time for fun!

… I went to the Kennedy Center to watch NSO Pops: Let’s Be Frank, a Frank Sinatra tribute medley show. I adore Sinatra, so getting to see Broadway stars sing some of his best hits alongside the National Symphony Orchestra was a lot of fun. Frank would have been pleased, I think. Plus, afterwards, we were able to stick around at the My Way Soirée, where there was more music and fun to be had.

… I went to the Baltimore Yelper Party, aka Yelp’s Secret Agent Soirée at Baltimore’s Horseshoe Casino. I busted out my prom dress for the first time since high school in accordance with the formal dress code and Ben busted out his tux. This was the first Yelper party that I was attending and not working at, because I had to rush there from work in DC.

… I moved out of my apartment, as my lease came to an end on the 30th. It was rough trying to pack and move with my hours getting longer and longer, but I somehow was able to manage thanks to my dad and boyfriend helping me a lot on the last day with getting furniture into a Uhaul! My parents were also getting ready to sell their house at this point, so I was simultaneously going back to their place to pack and move there as well.

… I left that new job, as I quickly realized that it just wasn’t a good fit for me because of what the role demanded of me. I learned a lot and met a lot of great people during my short time, and it was a really valuable experience, but it simply wasn’t for me and that’s okay. In addition to the job not being a great fit for me, I needed to leave because of upcoming full-time opportunities.

… I participated in my first-ever hackathon*. Hacking Journalism was held at the Washington Post and had the goal of engineering solutions to better utilizing data in the journalism industry. While I’m not in journalism, I do think that it’s an important industry as I feel very invested in the news and how people consume the news. Also, I love data. This was a really fun way for me to learn about how hackathons work in a lower-stress environment than a standard one, and I was able to make some new friends along the way! Bonus: I wasn’t as useless as I thought I’d be, given that I am not a developer or a data scientist at a data science development hackathon. Score!

… I worked at the MD Burbs Yelper Party, aka Yelp’s Celebrity Affair at the Bowlmor in Rockville. People had great celebrity costumes and the food was kind of INCREDIBLE. Easily some of the best food provided by vendors of any Yelper party I’ve been to, because sometimes vendors bring food that you’re just not that excited about. Every vendor nailed it at this one, from the whole roasted pig near the entrance to the Filipino spread in the back. Even though I bled to set up, it was really worth it to see everyone have as much fun as they did. 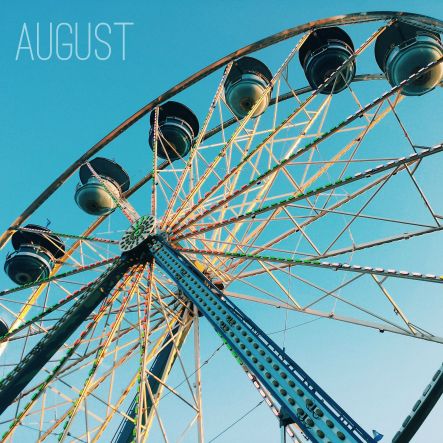 … my family kicked off the month with a yard sale. I realized that yard sales actually give me major anxiety, as I really don’t like selling things, much less personal belongings. Plus, we had people coming in and out of the house looking at furniture, people started showing up at 6:30 AM (the listed start time was 9 AM………), and we had a really steady stream of people the entire time. BUT our neighbors across the street had a really adorable lemonade stand, and that honestly made things so much better.

… I went to my friend Annie‘s 30th birthday party*, which was this incredible Harry Potter-themed affair. Seriously, Annie and her crew put in SO much work and it paid off big time. It was the best Harry Potter party I have ever been to, from the decorations to the photo booth to the food to the costumes. It ended with some fun in the pool and watching some Harry Potter movies, of course.

… it was back to the Kennedy Center to see see the musical Once. I remember when “Falling Slowly” won an Oscar back in 2008 and falling in love with the song. (Oh yes, there were covers recorded with friends, impromptu performances in parks…) I never saw the movie, so being able to see the full story play out was a magical experience. It’s a simple but really emotional story, and the stage performance was so fun. I highly recommend seeing Once if it comes to a theater near you.

… my one year chip-free anniversary came and went. I can now eat chips without crying (too much). Some harmony has been restored to my life.

… I went to my first-ever county fair*, the Montgomery County Fair (even though I don’t live in Montgomery County). I rode the Ferris wheel in time to see golden hour, pet a bunny, watched my friends play a bunch of games, ate a footlong corndog, and had an overall blast.

… I took my brother and his friends to a welcome back dinner at Fogo de Chão because it was DC Restaurant Week and they had just returned from spending the summer in San Francisco. There was a lot of food and I was able to get to know my brother and his roommates a little bit better. Also, we spent the evening walking about to see the monuments at night, which I am never able to do so I was extra grateful for that opportunity.

… I worked at the DC Yelper Party, aka Yelpchella at the Embassy Row Hotel. This is one of the coolest places in DC, design-wise, and I got to finally wear the flower crown I made with my friend a year ago, eat a lot of delicious food, dance the night away, and get a shot at Arabic Internet fame! (Shoutout to the ladies who didn’t speak English but have photos of me on each of their iPads, and to one of these ladies who has a husband who has video of me dancing on his phone.)

… I attended Diner en Blanc*, an internationally-held outdoor white party. This involved a lot of hunting for an all-white outfit, putting together the meal, and hauling of furniture for what can easily be summed up as an incredible Instagram op. But it was a lot of fun sharing that experience with all those strangers and seeing some previous coworkers again! ( Read about it here!)

It was an eventful summer, and I’m sorry I haven’t been sharing it in a more timely manner here on the blog. Please tell me which of these you want to hear more about. There is for sure a Diner en Blanc post coming, but everything else that is asterisked will likely just get shelved because I don’t think anyone wants to hear about them this late. Do let me know if I’m wrong!

What were some of the highlights of your summer?
What are you looking forward to for the fall?