I’m trying to ease my way back into my regular schedule… or at least posting at all… it’s obviously not going great. (As per usual, my roadblock in getting Florida posts up is the photo editing/uploading. LE SIGH.)

Before I even realized what was happening, July ended, and then August skipped by? Whoa. It’s been yet another crazy summer for me, so I thought I’d share a few things that have helped me through the chaos.

I first heard about this new Netflix Original Series at the beginning of June and was instantly interested. The trailer was super cool and I was immediately drawn in by the premise of these 8 people in 8 different cities who are emotionally and mentally connected.

This is maybe my new favorite show to push other people to watch. It is really unlike most other shows that I’ve seen. First of all, the characters are incredibly interesting. They’re so different from each other and have amazing depth to each and every one. You really feel very committed and invested in all 8 of them and their individual stories. But what is even more interesting is how the show links the characters together. Two characters on opposite sides of the world may be facing completely different circumstances, but they share a core dilemma and that brings them together. The show also deals with a lot of issues that more mainstream shows shy away from. The emotional stakes are really high, and even though the overarching story of the season doesn’t really kick off until episode 9 (it’s ridiculous, I know), I promise you it’s worth that slow burn.

PLUS the show is gorgeous. The cinematography is beautiful. You have this wanderlust from visiting Berlin and Mumbai and Nairobi and Iceland and Chicago and Mexico City and more. And it’s a really cool blend of different cinematic styles. You want a Bollywood dance sequence? Done. Excessive action sequence? Okay. Buddy cop? There’s a bit of that. Comedy? EDM? Done, done. Whatever you want, this show HAS IT. God, it’s such a good show. I’m tempted every day to rewatch the season.

When I downloaded these apps at the beginning of the summer, I had planned on doing a post about them but that’s one of many drafts that I started this summer and never got out. I think it was actually meant to be one of the monthly favorites, oops. (Let me know if this is one of the posts you still want me to publish?) Essentially, I decided to shake up some of most-used apps by switching to better-looking ones that had better features.

Honestly, even if you have no interest in watching Ant-Man (which I would recommend you do watch, it was a fun movie), you should just watch this trailer. It’s 15 seconds of your life that you won’t want back, featuring Paul Rudd and Michael Douglas. Enjoy.

This seems very specific, but basically I really liked vanilla-flavored soy and almond milks, and I feel like I would probably like other vanilla-flavored products as well? (I know I’ve seen cashew and coconut milk in the same section.) I don’t like milk very much at all, but I tried some vanilla soy creamer at the beginning of the summer and really loved it with:

Buying a big ol’ carton just to flavor tea or iced coffee seemed a bit silly, but so did repeatedly buying the tiny cartons of creamer. So, I now have a big ol’ carton and am able to drink it straight up or use it for…

Basically, I’ve been really curious about this “super food” trend for a while now because it seemed like the gelatinous form that chia seeds take on in puddings would be yummy. I bought a bag when it was on sale and it was the perfect time to use my new milk alternatives. This is a super winner in my book as a breakfast, dessert, snack, whatever. It feels healthy, it tastes great, it keeps me filled… what’s not to love? I am still working on the right ratio of seeds to milk, but I’ve been really enjoying chia pudding the past few weeks with my vanilla milk alternatives and chocolate soy milk, which I am really happy to be able to find as a lot of stores have stopped stocking the one I always get. 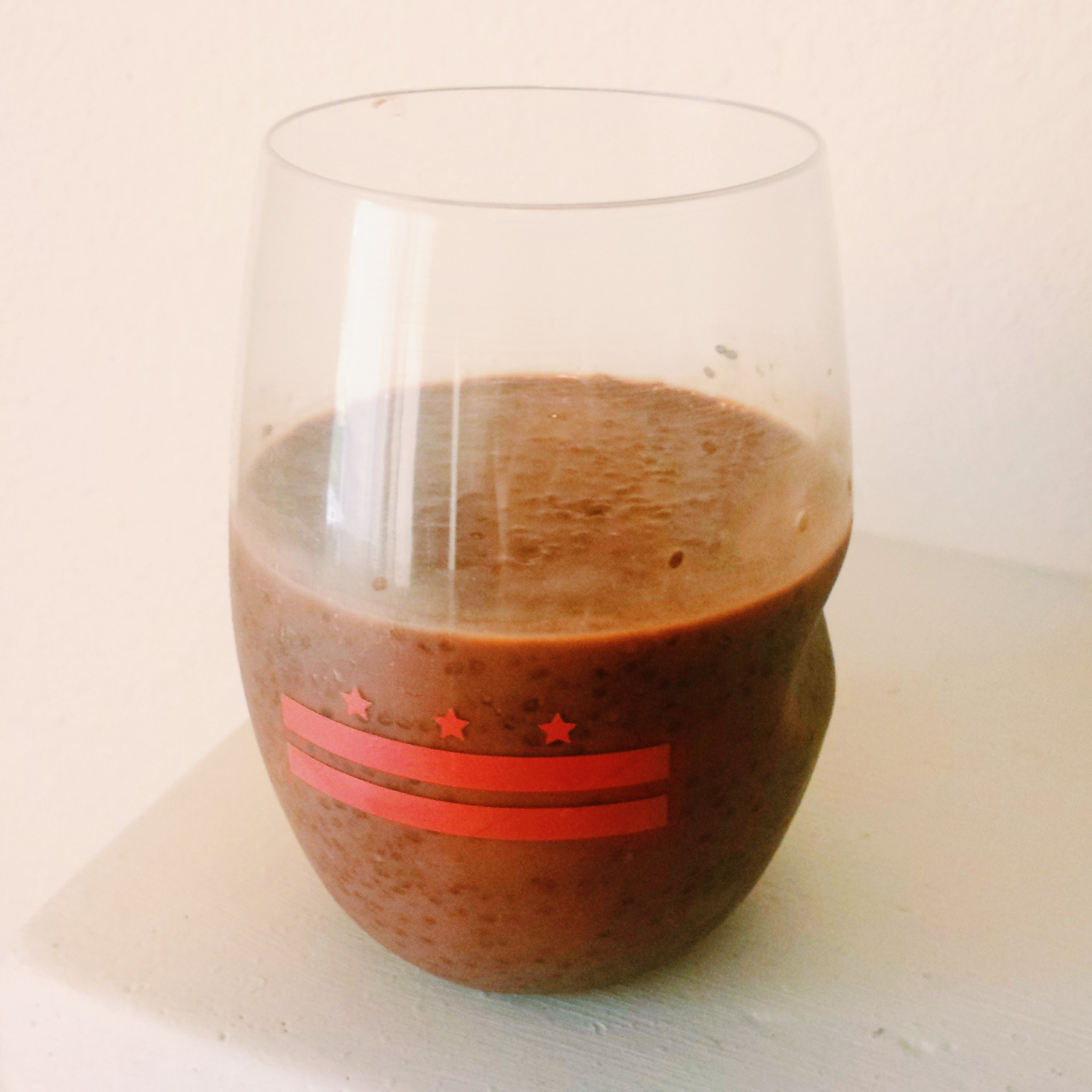 This is another show that is available on Netflix. I first heard about it on Tumblr from folks who were complaining that The Big Bang Theory was actually mocking the nerds rather than celebrating them through comedy, which I really can’t disagree with. Plus, Tumblr is a huge fan of Richard Ayoade, one of the stars of the show. His character, Moss, can be likened to Sheldon on BBT, except he’s a lot more clever and a lot funnier, to me. (I love Richard Ayoade.)

Even though I started the show a long while back, it wasn’t until this summer that I finished it, laughing aloud through most of the episodes. I highly recommend this as a lighthearted comedy about the workplace and how dumb the workplace can be. You get a fun dose of British humor while you’re at it, as well. (Also, about the struggles that IT people face when people don’t have their computers plugged in.)

OKAY INTERNET, YOU WIN. I finally watched Game of Thrones. After having most of the show spoiled rotten for me, I’ve decided to get some context on events like the Red Wedding and now I have it. I think I’m more interested in reading the books now, if anything, because I’m really drawn in by the world that George R. R. Martin has created, but I also really have to commend the cast for their portrayals of these characters and the crew for literally building this world. I love fantasy as a genre and obviously GoT is a great fantasy series. I am glad that this show is no longer a blind spot when it comes to nerdy and/or television trivia. Really excited for season 6, as the show has now caught up with (and in some cases, eclipsed) the book series. No one knows what’s coming next and a lot of storylines are building up to some exciting climaxes!

And that’s just a few of the things that have been keeping me sane and generally in good spirits this summer. Sometimes the summer seems so short, but then I realize I finished Game of Thrones 2 weeks ago and finished Sense8 2 months ago and it seems like such a long time…

I’m looking forward to a lot of fall favorites to come!

What kept you happy this summer?
Have you watched any of the shows I mentioned? Or should I watch something different?

One thought on “Summer 2015 Favorites”