Can you believe we’re almost halfway through October already?

It seems like just yesterday that I was sweating through the end of September and wondering when it would feel like fall. I could see my breath when I went out this morning, and I’ve started contemplating posting a cover of “Sweater Weather” up (don’t worry, I won’t), so it really is that time of year already!

The spoopy season is upon us, and it kicks off 3 months of festive fun, but I feel like I’ve barely had the chance to settle into October. Remember how I was supposed to “cool down for fall“? I’m not great at it, but I am getting better!

DEVFESTDC // Maybe I wrote that post because I was staring down the barrel at a packed itinerary, because that Saturday I attended Day 2 of DevfestDC, a Google Developer Group mini-conference. I found out that my friend Yufeng (still waiting on your wedding photos, friend!) was one of the speakers, and with the venue so close to home, I had to go! It was nice to learn about machine learning and Google’s software (in advance of their big hardware announcement shortly after). It was especially nice to get to spend time with Yufeng, who I haven’t seen since his wedding. And seeing him twice in one year is like a new record!

It’s a lot more subtle than I was going for, but I am still happy to have red in my hair for autumn! And to be honest, maybe it’s safer for work that my hair isn’t as vibrant of a red as I was going for?

TWO YELPER PARTIES // I worked at not one but two Yelper parties, one week apart! You know I’m a sucker for a good themed party, so for the famous rivalry theme, I quickly donned an Ursula getup and convinced Ben to do an Eric Disneybound. 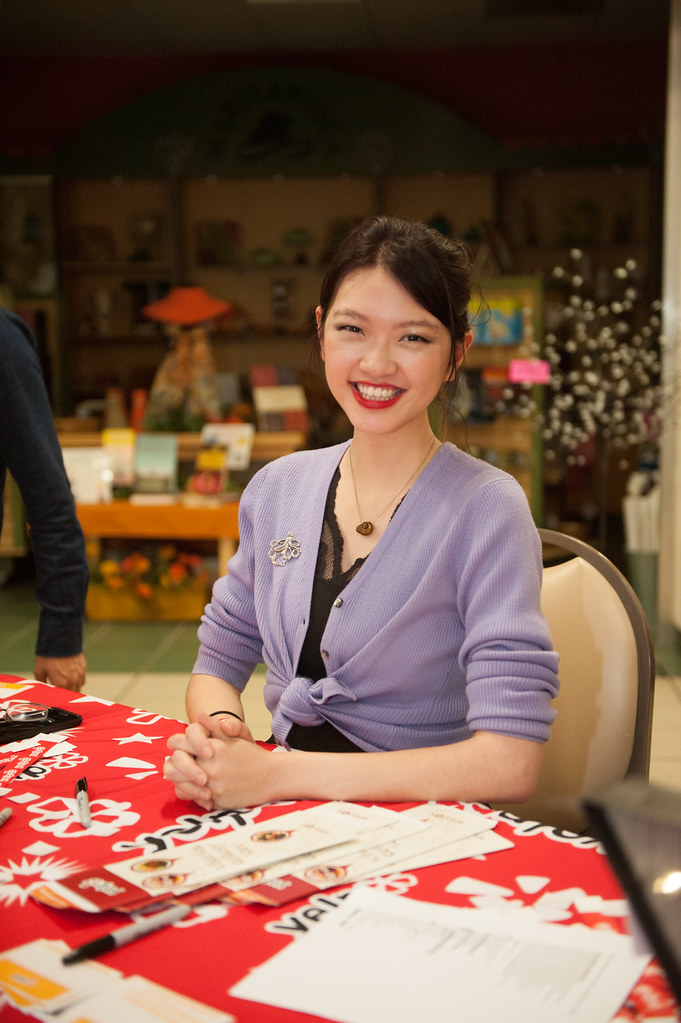 And at the DC Halloween bash, I gave Little Red a little test drive. (You’ll be seeing her again later!)

HOMECOMING // I went back to my alma mater for yet another rainy homecoming. It feels very different now, when I go back to campus. I feel super out of touch with the campus community as the neighborhood changes.  The student involvement suite – where I used to spend hours of my week running different clubs and meetings – had been completely redone and I was invited to the ribbon-cutting. It is so new and snazzy now, and I am really excited for the student orgs who are going to get to use that space. The homecoming leadership reception – which I’ve attended for the past 4 years – was held in a different building than usual because the old building… is not there anymore. They are redoing it. I remember feeling super tethered to my alma mater as my first job after graduating was research on campus, but I definitely do not feel that anymore.

TREVOR NOAH // I got to see Trevor Noah, who currently hosts The Daily Show, perform standup at the Kennedy Center while he promotes his upcoming book, Born Illegal. He was really funny, and I didn’t know that he did so many great impressions and accents! I appreciated his commitment to his one-man skits, which less-bold comics would not sustain the way he did. And then, because my friend Krystal is going to marry him and got the chance to get a photo with him… and bring some friends… I got to meet him!

SETH MEYERS //  Late Night with Seth Meyers is filming in DC this week, and I was able to attend Tuesday’s taping! It was very stressful because even though I left work quite early, Metro was hell-bent on making me late. When I escaped from underground and decided to bike over instead, the first three Capital Bikeshare hubs I got to were full! No where to park my bike! This was one of the rare times I ran in the streets and I immediately stopped when I saw the line wrapping around the block. My friends already had their wristbands to sit in the orchestra section, and I was sure I wasn’t going to make it because there were hundreds of people in line in front of me. But I made it!!! Here’s the episode I watched them film, with guests Lena Dunham and John Mulaney and Nick Kroll as their characters from their Broadway show, Oh, Hello. It was fun to get to see them film live, and I liked seeing Seth Meyers again. (I saw him perform standup in college, shortly before he hosted the White House Correspondent’s Dinner in 2011.)

CIRQUE DE LA SYMPHONIE // I just saw this last night: it’s the NSO Pops performing Cirque de la Symphonie:  classic Halloween instrumentals to accompany some incredible circus acts. I’m talking aerial artists, strongmen, a juggling clown, a contortionist. There was a woman doing these amazing fast changes! It was awesome, and the set list included a lot of my favorite orchestral Halloween pieces. To top it all off, the weather is beautiful, so we walked to and fro the Kennedy Center and thoroughly enjoyed the stroll.

#FALLINTODISNEYSTYLE // I’ve been occasionally participating in Disney Style’s fall  Instagram challenge, and I have been getting to know a lot of really cool Disney Instagrammers through it!

I’m not as hardcore as most of the community is, but it’s still a really fun community to get to know.

Believe it or not, this is actually a slightly slowed-down few weeks for me. I have been very consciously giving myself days at home to cook dinner, clean, and prepare for future activities. (Halloween is rapidly approaching and then the holiday season will be upon us before we know it!)

What have you been up to lately as fall kicks into full gear?
What are your favorite politically-minded comedy shows? I don’t really watch a lot of TV anymore, and I definitely don’t stay up late to watch them, so I actually don’t watch much of The Daily Show or Late Night with Seth Meyers.

P.S. Are you in the spoopy mood yet? Get in it with Required Halloween Viewing and laughing at my resolution to Cool Down for Fall.
P.P.S. I quickly set up a Facebook page if that’s your preferred way to read blogs!