Brushing aside what I have said in the past about slowing down, I stayed busy again this weekend. Despite that, I didn’t feel like my schedule was jam-packed. The activities I did were really relaxing, and I was able to feel very present in the moments that I was enjoying. This is kind of an ideal way to experience these memories – not rushing through them but savoring them.

RENNFEST // I finally had my first-ever Maryland Renaissance Festival visit on Saturday! While my initial impression of the RennFest was that it was for super nerds, I later came to realize that I am a super nerd and these are my people. The best decision I made was attending in costume, because I felt too cool for school with my red cloak billowing behind me and the butterflies in my hair made me feel like a little fall fae. Also, the weather was so perfect that I often found myself just standing there, breathing in the crisp air, feeling the wind in my cloak and my butterflies, soaking it all in.

It was actually the 40th anniversary of the Maryland RennFest! We didn’t eat as much as I thought we would! Just a turkey leg (fun to wield but actually really annoying to eat because it’s tough and tendon-y) and a berry tart. We got to see Danger Committee (a comedic stunts show that makes you laugh and gasp and was featured on America’s Got Talent), Puke and Snot (some of finest and fastest wordplay I have ever heard, from an act that has been around for over 40 years!), and a great jousting match. Did you know the state sport of Maryland is jousting? Some folks think it was modernized to be lacrosse, but lacrosse is only the state team sport. Jousting remains the official state sport.

We chose this past Saturday specifically to see a gathering of Game of Thrones cosplayers, but there were so many people at RennFest (they sold out shortly after we arrived!) that we weren’t able to find them among the masses. We did see several cosplayers on their own: Daenerys, Sansa, Melisandre, Joffrey, Robert, Cersei… it would’ve been nice to have seen all of them together though. (Especially when Cu Dubh played the show theme song for them!) I still had a really lovely time with my friends and look forward to coming back many more times in the coming years. 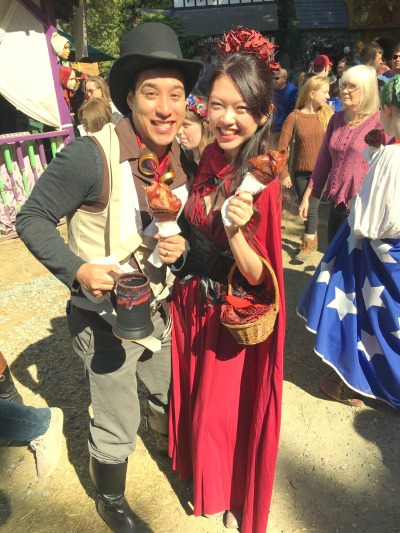 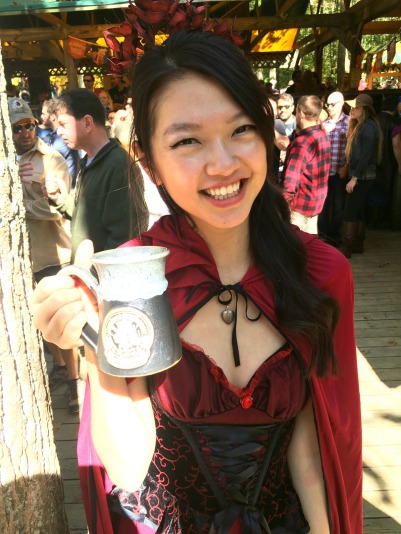 FLEET WEEK // Maryland Fleet Week ended yesterday with US and Canadian Navy ships leaving Baltimore’s harbor. My family went out on Sunday to have a peek at the newest naval destroyer, the USS Zumwalt, which was actually commissioned in Baltimore on Saturday. It looks very different from the other ships and is claimed to be the most technologically advanced surface combatant in the world. While we couldn’t get a closer look, we did get a chance to quickly tour the deck of the USS Letye Gulf.

While an air show roared overhead. Yep, while we waited in line to board, we got to see the Blue Angels do their stuff (deafeningly) above us. 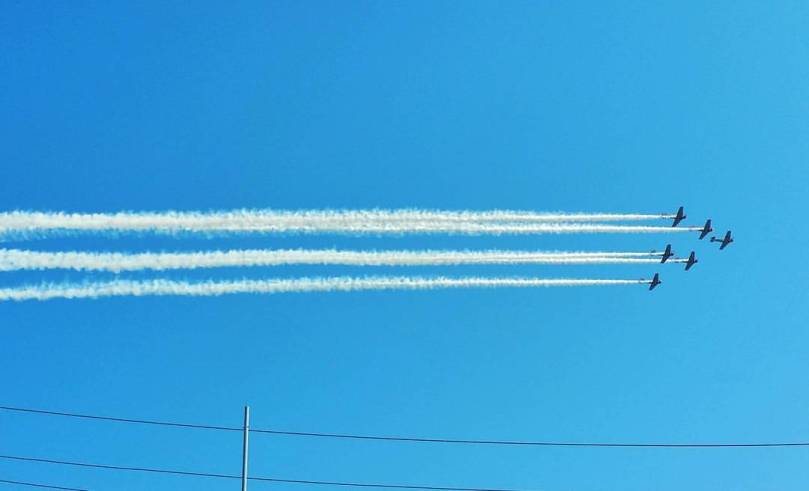 We wrapped the evening with a seafood dinner. Successful visit back home with my brother, and still very relaxing to boot!

ROCKET LAUNCH // NASA launched an Antares rocket from the Wallops Flight Facility in Virginia last night! I didn’t know about this until yesterday morning, so I went to the Marine Corps Memorial to watch the launch with a coworkers in the evening. This was the first launch of an Antares rocket since 2014, with a failed launch, so it was very exciting for everyone. The livestream on NASAtv proved to be a little bit delayed because before we even saw liftoff on the video, we could already see the light from the rocket shooting up into the sky. While it’s not as ~cool~ as watching the footage of the explosive force that sends the rocket into the atmosphere, it was still pretty phenomenal to watch a manmade rocket go up… up… and away. The fact that we were still able to see it as it reached 180,000 ft altitude was a testament to just how bright and explosive the rocket must have been. I’ve never seen a rocket launch in person before, so this was really surreal to experience!

Also, is anyone watching Westworld? I didn’t love this week’s episode, but I think I like the show. I am a little bit in love with James Marsden’s face, so that doesn’t hurt at all. Plus, science fiction has been one of my favorite genres of everything since I learned to read.

Okay, I really am going to take it a little easier from here on out… until Halloween, of course!

East Coast friends, were any of you able to spot the rocket launch? It looked like a little red star for us a few miles away, but with its speed, you would’ve noticed a bright point in the sky going up, up, up, and then disappearing into the atmosphere.

Have you seen an air show before? I never thought about how much my dad probably enjoys them but we’ve seen the Blue Angels a few times over the past few years (Fort McHenry is a popular spot for them because of its historical significance) and I have a very early memory of seeing an air show with him… probably the Blue Angels!

Would something like the Renaissance Festival be your type of thing? You know I looooove dressing up, but I also really liked the historical aspect of the festival and just the… festival aspect! The shows were top-notch, the crafts were beautifully-made, and the people were all there to have a great time together.

P.S. Get hyped for peak costume season with me by looking back at an old Halloween Costume Reveal. Also, can you believe that disastrous Craig Robinson show I watched was 2 years ago?