About a year ago, I started a coding bootcamp. Last week, I went RubyConf, an annual conference for users of the programming language Ruby. I applied to attend as a RubyConf Scholar, which is a program set up to pair first-time conference attendees with Guides who will mentor them and get the most out of their conference experience.

RubyConf 2016 was held in Cincinatti, Ohio. I have never been to Ohio before, and I was a little nervous because I didn’t really know what to expect…

Well, I had an incredibly lovely time!

The conference itself was great. I made a lot of great Ruby friends and heard some really amazing presentations about the language and about being a programmer and developer. Since I’m new to the field, it really does help to hear about people’s experiences with being new and becoming better.

Can I also just talk about Cincinnati? I’ll be honest: I was not expecting much from this city.

But wow, the city is pretty.

I did a 7AM 5K run (haha, I know) that wound up being more of a 4.9K sunrise stroll along the riverfront. As I walked from Ohio into Kentucky and back, I was totally blown away by how gorgeous downtown looked in the golden dawn light.

A week before the publishing time of this post, I was sneaking off on my own to find the bench swings that I walked past during my 4.9K walk. As you might know, I’m a sucker for a swing. Smale Riverfront Park is a super lovely spot and well worth a visit. I could’ve sat on that swing for hours and hours basking in the sunlight… 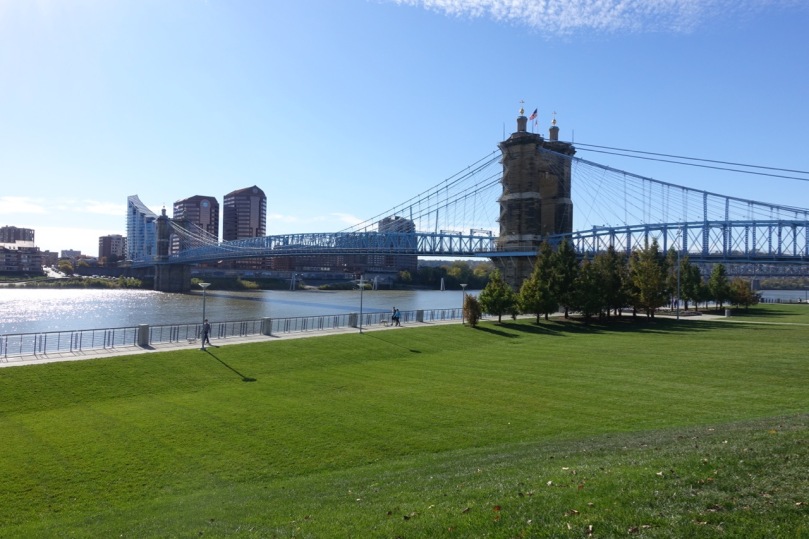 Also of visual interest is the Contemporary Arts Center, which is hard to miss thanks to its colorful facade. 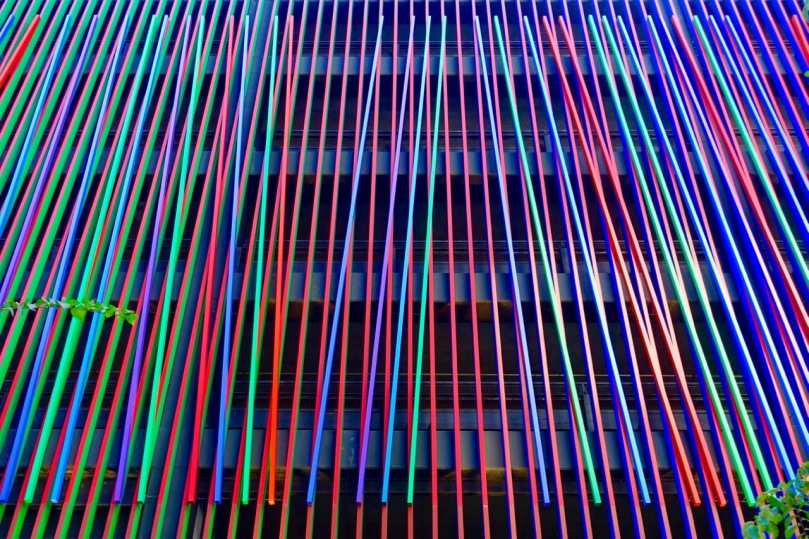 Cincinnati recently underwent a beautification project that, I have to say, really nailed it. A lot of buildings that previously looked really run-down have been transformed by some amazing murals. 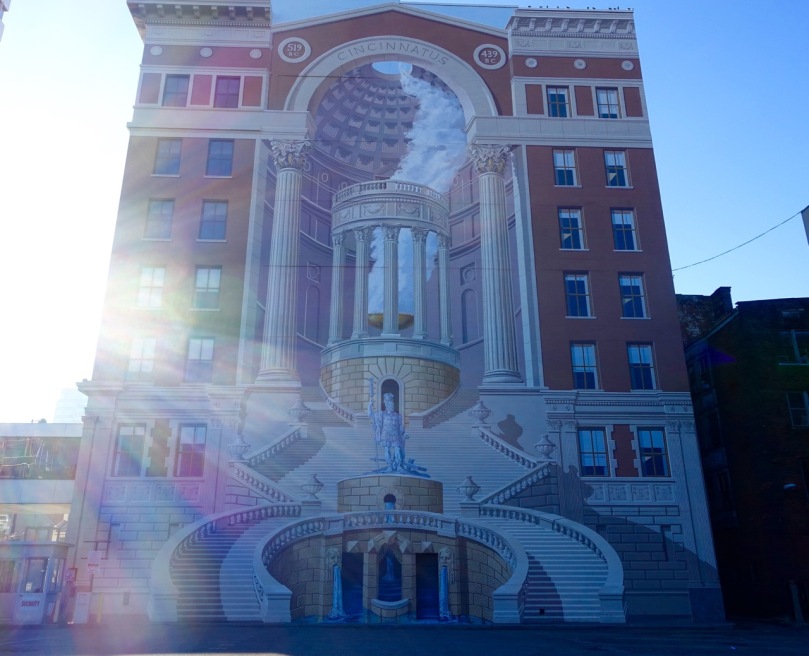 By the way, I ate a lot of good food while I was in Cincy.

A flight of Moerlein’s seasonal beers

The End burger at Bru

However! The crazy chili — a more liquid consistency, a touch of cinnamon, just meat, and served over noodles! — was not my cup of tea. But at least I can say that I tried it!

My anniversary and Ben’s birthday were actually both over the weekend that I was in Cincinatti. I felt so guilty leaving Ben during this special weekend, but he really wanted me to attend this conference.

Bu what made me feel most guilty was just how much I wanted to share Cincinnati with him. I wish I had a day not at the conference that I could’ve spent walking around and exploring just a teeny bit more. Even just enjoying the view from my room could’ve used a few more hours. I guess I’ll have to come back with Ben in tow!

What conferences have you enjoyed attending?
What are some spots I should visit the next time I visit Cincinnati?
What are some weird regional foods that you’ve tried? The chili was definitely out of my comfort zone. And can I confess something? I’ve never had Philly cheesesteak, despite having lived fairly close to Philly for most of my life! I’m not a cheese fan, so I’ve never felt so compelled.