There were a few goings-ons that happened this month but I haven’t talked to you about them yet so here we go! I’m still unsure of how to handle events where I don’t have much to say or show about them, so for now I’ll do these catch-all posts. Let me know if you’d really prefer I do mini-recaps about events like this.

I kicked off December by attending my first National Tree Lighting, which was also the Obama family’s last as the First Family. It was really exciting getting to see the Obamas at their last tree lighting, and it was also great to see the celebrities who turned up as well! Eva Longoria was the host, Bailee Madison was there to speak about a cause she cares about, we were able to hear musical artists like Kelly Clarkson, Chance the Rapper, Marc Anthony, The Lumineers, James Taylor, Garth Brooks, and more. It was freezing by the time we left, but I got to hear President Obama crack some jokes and sing “Jingle Bells’ so it was a pretty jolly time!

The evening after that was my birthday party, which was so much fun and I still am in disbelief that I pulled it off.

I started becoming really fixated on the idea of serving bubble tea at my party, because I wanted a beverage I loved that went well with cake. I got several without the bubbles, knowing that some people still weren’t quite used to them.

I was supposed to attend Yelp Northern Virginia’s holiday party, but I actually got a scary flat tire that I knew would be funny in hindsight as soon as I calmed down. Maybe I’ll tell you about it one of these days…

The following day was my company winter event / holiday party. I’ve been working with my current company since March and I am really happy here. I love the work culture and my coworkers. Meeting the partners who manage the firm and their spouses was great, the food was delicious, and I had a lot of fun with my team.

A few days later, I attended Ben’s company holiday party. I might be a bad luck charm, as this was the first year he didn’t win something at the raffle, and I wasn’t feeling 100% great that evening, but I enjoyed seeing him have fun with his coworkers. (I also discovered that one of his coworkers was one of my classmates back in college! Neither of us are doing psychology work now and, instead, both of us are in tech. Funny how life works like that, huh?) Holiday parties galore!

A day later, I found myself back at the Kennedy Center singing along to holiday music as sung by Santino Fontana and Laura Osnes, accompanied by the National Symphony Orchestra for an NSO Pops event. They were great and I was really thrilled we had such huge Broadway stars crooning these holiday songs to us. (I nearly cried when they sang “Love is an Open Door”, which is in no way a holiday song but maybe my favorite song on the overplayed Frozen soundtrack.)

That weekend, I worked the Yelp Maryland ‘Burbs holiday party, where I single-handedly ran the 60-person White Elephant, and then headed to a friend’s house for a belated Friendsgiving-type celebration. It was a very chill time and I got to play with doggies! 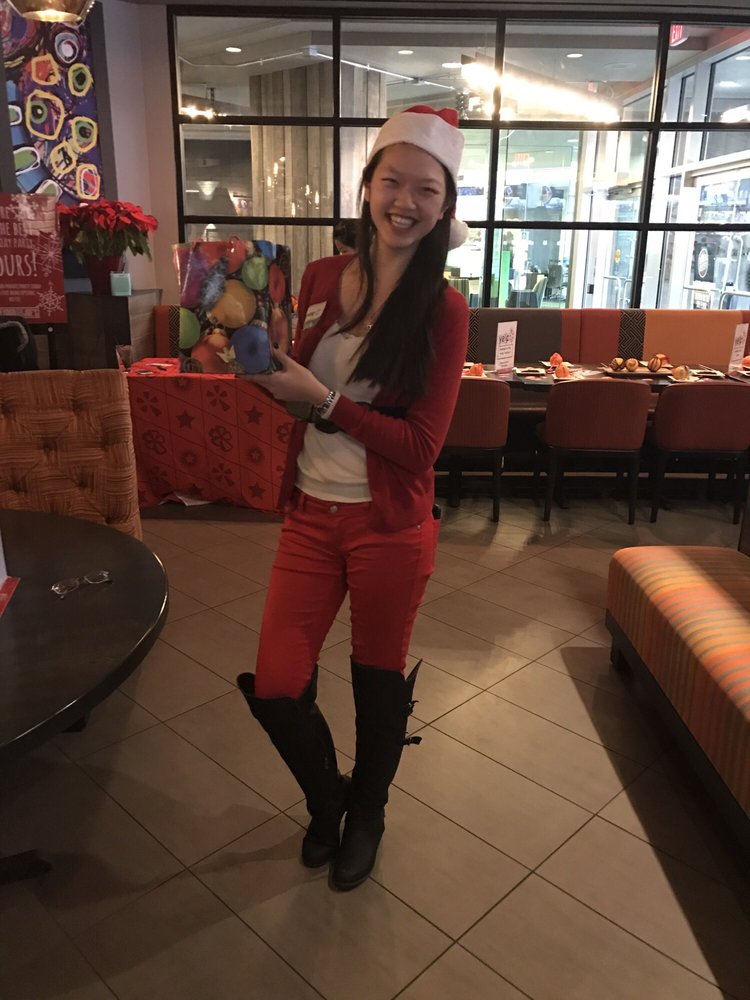 It’s a little odd to mention this here but my company has a monthly, all-hands meeting for the entire firm and this month was the best one I’ve ever been to. I found out one of my new coworker’s husband is very close childhood friends with Wang Leehom, and in learning that I also learned that I was the only other Asian female in the room, which is why I was the only person who reacted audibly to learning that little fun fact! (Cue embarrassment at having gasped out loud in front of my whole company…)

On the day of my birthday, I woke up for a 7AM dance party at my first Daybreaker DC event and I kind of loved it so much! That evening, I attended a little Friendsmas celebration, where my friends surprised me with an ice cream cake (those chocolate crunchies!!!) and I just had such a lovely time. There were 3 separate gift exchanges, spiced apple cider, hand-written cards, and a photobooth. My friends know how to throw a party!

As of now, I am in China celebrating the end of this year and the beginning of 2017 with my extended family, whom I haven’t seen in a few years. December is one of those months that always gets wild because it’s the end of the year but also the biggest holiday season of the year. I hope that your month was full of positive excitement as we all gear up for 2017!