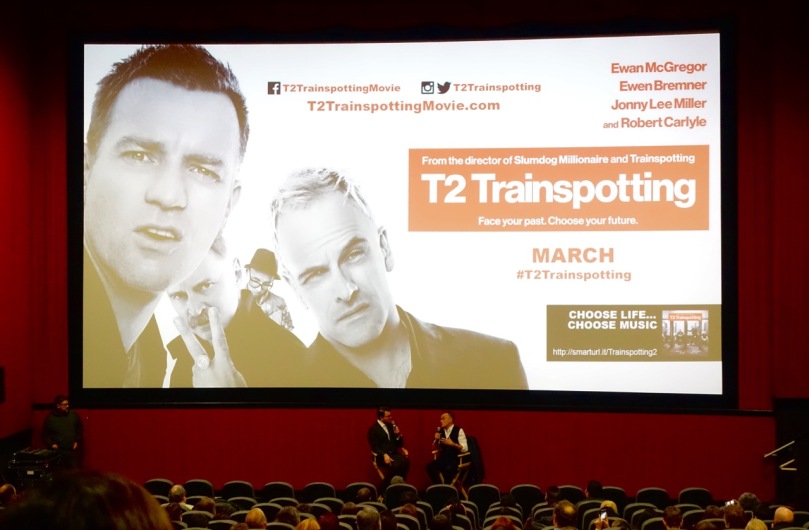 If you mention the first Trainspotting movie, based on the novel of the same name by Irvine Walsh, you’ll hear people tell you things like it is their favorite movie of all time, that they had the “Choose Life” poster in their adolescent bedrooms, that the movie soundtrack turned them onto their favorite artists. It’s a pivotal, cultural icon.

I’ve never seen it. In 1996, when Trainspotting was released, I was a toddler and not particularly interested in a film about Scottish heroine addicts and their trials and tribulations. But I was interested in seeing what the sequel would be like, 20 years later, with the original cast. I know Ewan McGregor, Jonny Lee Miller, Robert Carlyle, and Kelly MacDonald from their more recent work in film and television, so it’s fun to revisit this film that helped put them on the map so long ago.

TL;DR Even if you haven’t seen the first film, you’ll enjoy T2 Trainspotting for its character development and dynamics, great storytelling and pacing, and fun soundtrack.

Before I talk more about the movie, however, I’d really like to share some tidbits I learned in the awesome Q&A we were able to sit through with director Danny Boyle. If you’re not familiar with his work, you may just not know the breadth of his work. He is best known for films like Slumdog Millionaire (yep, the one and only!), 28 Days Later, Steve Jobs, and 127 Hours, among others. 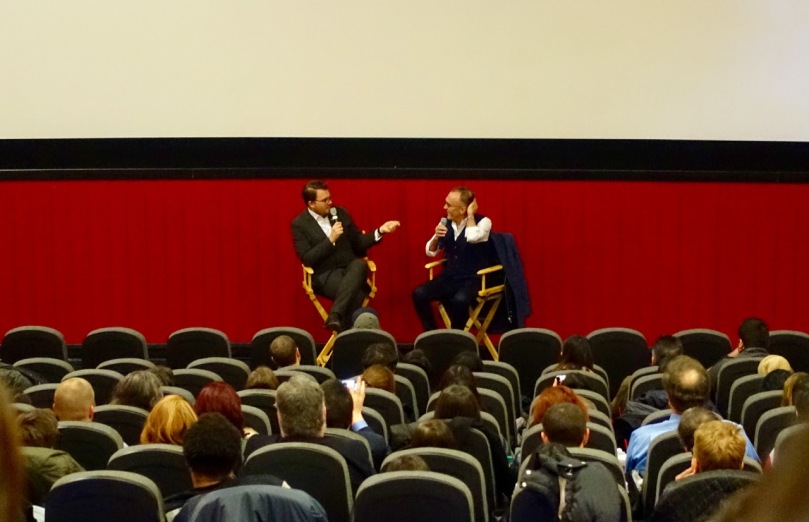 Danny Boyle was incredibly kind and thoughtful with all of his answers, and I honestly have a greater deal of respect for him as a result of being able to hear him talk about the film. Some insights and stories he gave us included:

Basically, Danny Boyle was a complete sweetheart, introducing himself “Hi, I’m Danny” when I asked to get a photo with him. He was just so considerate with his time and his answers, we didn’t feel rushed at any point and he really gave full thought and consideration for each question that he got. It was fantastic.

BACK TO THE FILM.

It was a lot of fun to watch. It’s very nostalgic, so if you loved the first film, I think you’ll appreciate that this one picks up 20 years after the events of Trainspotting. It’s about consequences. And it knows it’s nostalgic; there’s a meta scene where Simon is yelling about how nostalgic Mark is being, living in the past when it’s nothing to be glorified and, instead, something to be left behind and forgotten.

But it’s fun to be nostalgic about Trainspotting. We see clips of the first film sprinkled throughout, and there’s a great moment where, when Mark returns to his parents’ home at the beginning of the film, and he begins playing the Iggy Pop record and “Lust for Life” starts, he isn’t quite able to bring himself to listen. But by the end, he is. And juxtaposed with a clip of young Ewan McGregor from the first film and… it’s really great.

Plus, the entire film is framed by Spud telling the stories that make up the first Trainspotting, with him turning to writing to beat heroin addiction and those written stories later comprising… the original Trainspotting novel.

Thanks to BrightestYoungThings for hosting this screening and Q&A!
More thoughts and spoilers after the trailer. T2 Trainspotting sees its US wide release on March 31.