You’re not friends.
No. We’re family.

(And suddenly, I wondered if I was watching another Fast & Furious movie!)

For your pleasure, feel free to listen to “Awesome Mix Vol. 2” while you read. 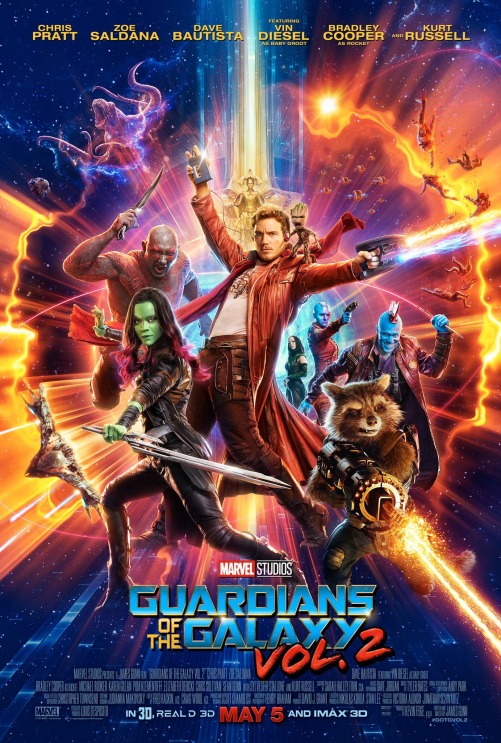 Being a “Vol. 2”, everyone is comparing the latest GotG movie to the first one, the one that was a gamble, that was a show of Marvel Studios’ power over their audiences and their market share.

I really enjoyed watching Guardians of the Galaxy Vol. 2. It was super fun, even if the story and jokes were a bit alllllll over the place. But the humor at the core of the movie really held it all together. I dare you to not have fun watching. Vol. 2 knew what people liked from the first movie and brought a lot of it back, like:

Bonus: We get a Stan Lee cameo in this one!

I did really enjoy Guardians 2. There were so many different levels of jokes in this movie, and just the amount of humor packed into the movie made for a really entertaining ride. One minute, you’d be laughing really hard at a visual gag that even your kids could enjoy and crack up at. The next, you’re drying your eyes because this movie decided to touch on some pretty heavy themes of family.

(Also, Baby Groot is legitimately just SO cute and has such a cute little voice — that Vin Diesel does himself with very little processing! — and I cried on the inside during a scene where people are being really mean to him. That being said, his cuteness is what kept him alive to see that scene out, and I’m happy for that.)

The second scene, where we see the Guardians fighting a giant alien together, is a pretty good tone-setter for the rest of the film. We have the Guardians working together(ish) to fight a monster. We have a dancing Baby Groot. We see some great dynamics between the Guardians. We have a lot of action going on.

It’s worth mentioning as well that Kurt Russell was pretty great as Ego, and apparently his de-aging for the scenes in the 80s was mostly makeup and very minimal CG! What the heck!!

There are 5 sting scenes before, during, and after the credits, so stick around if you want to see them. Be prepared to laugh, cry, and be a little confused maybe, sure. More spoiler-y type comments after the trailer.