Let’s kick off recap season strong, shall we?

Although we had planned to get everything ready the Monday evening before our trip, Ben and I kind of zonked out and had to ready ourselves to wake up early Tuesday morning because there was just no way I was going to shower or finish packing Monday night. I was already too exhausted. We did, however, spend a decent bit of time bopping our heads to some get-hyped music:

SO. It’s 4AM Tuesday when I roll out of bed to finish packing and to shower and get myself ready to go! The work day flies by and the next thing I know, I am back at home and a miracle happens: my package is at my door! It has arrived at the latest possible moment, but I can bring my new sandals and swimsuit on my trip. (Which is great because I bought them for the trip, so.)

Ben and I head to the airport, park our car, and I proceed to be 100% passed out on the plane. Except for the one time than I was awakened because there was now a cup of water and a snack on my tray table. (Note: NEVER ever wake me up for things like this when I am flying, I will fly into a sleepy rage.) After my little nap, we arrive in Las Vegas! Almost an hour early, actually, thanks to a nice headwind.

SO, I got dropped off at Planet Hollywood while Ben went off to Don’s bachelor party suite at Stratosphere. While Ben was greeted with shots walking into his suite, I was greeted with a much tamer scene. Some cell phone chilling and fish tacos!!

Anyhow, we arrived in Vegas at close to 11PM and my crew headed to Omnia at around midnight. At this point, I would like to remind you that I woke up at 4AM Eastern time. That translates to 1AM Pacific time. And now I am only leaving the hotel at 12AM Pacific time. And while I was not greeted with shots, being greeted with the NSFW bachelorette party goodies in the hotel room was a strange experience in and of itself… (Given that I am the vigilante who will herd children away from the bachelorette party section of Spencer’s. They get lured in by the Pikachu backpacks and start walking towards the lava lamps and they don’t need to see all the sex toys in between!)

Omnia was a good clubbing spot. Fergie DJ was spinning EDM in the main room, but we preferred dancing to hip-hop in the Heart Room, at the end of the night. We went back and forth between the two rooms and made a stop at the rooftop at one point, but no one up there was dancing? It was strange. 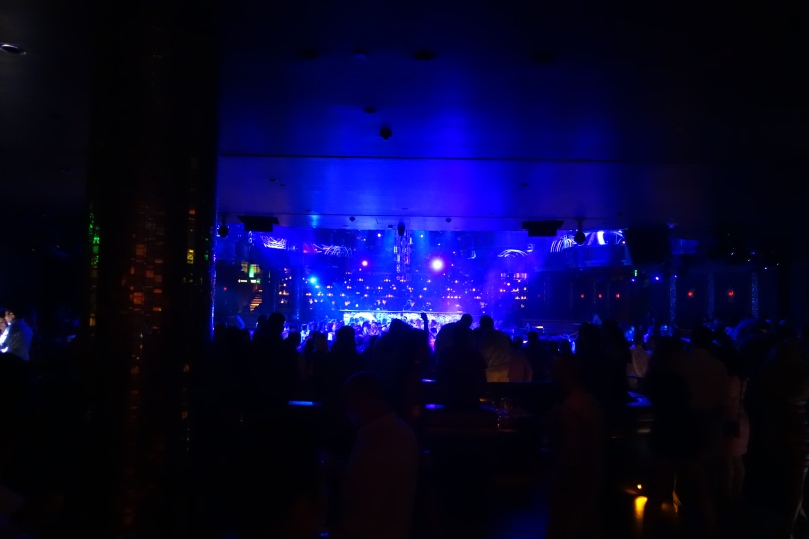 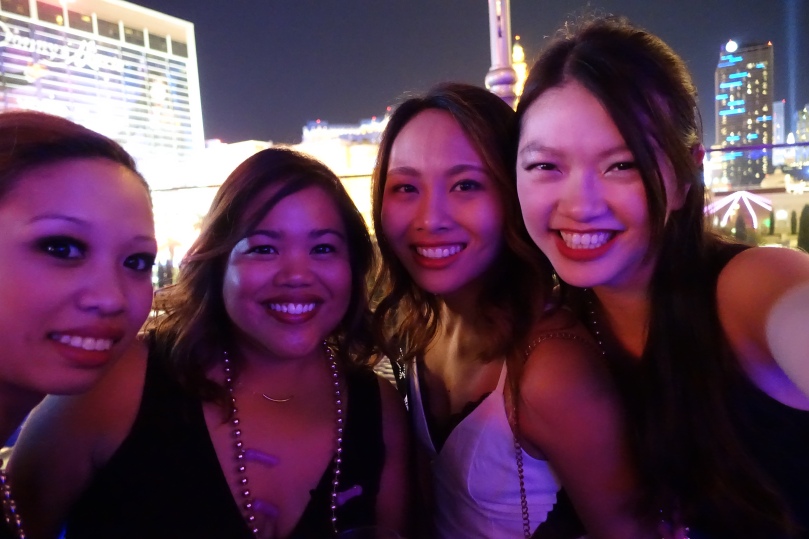 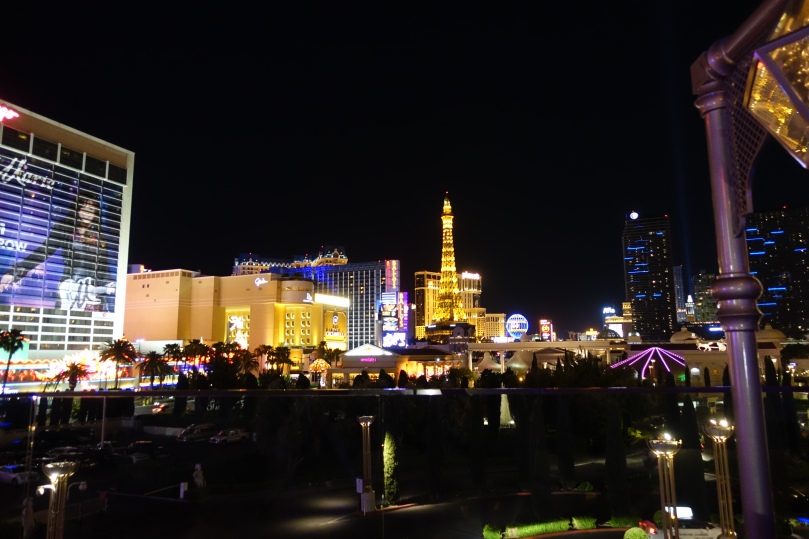 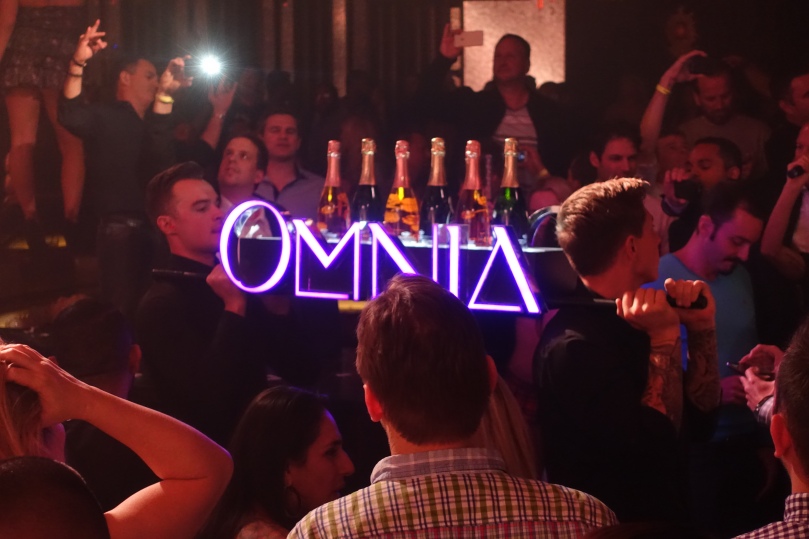 People were very friendly to us at Omnia! And I think in general, people in Vegas were very friendly. Of course, since Megan was the bachelorette, people were stopping us to congratulate her. I guess now is a good time to also mention that we were wearing penis whistles while we were out, so I’m sure those attracted some attention…

The main room chandelier is super cool. It does feel like you are being abducted by aliens as you stand beneath it, pulsing lights flashing from a rotating circle coming down from the sky, strange electronic sounds making your bones shake. But, I am pretty sure I am still on Earth, so I danced and danced and danced. We met a few friendly folks from overseas (shoutout to the friendly girl from Argentina and the guy from Germany) and there were fairly friendly dudes who weren’t as aggressive or rude as I thought I would encounter in Sin City. (Shoutout to the guy who asked for a selfie with me, the guy who paid me a nice compliment as he walked by, and the guy who tugged my hair trying to get me to blow the whistle, okay, less than ideal but honestly he was still pretty nice about it.)

We ended the evening in the main room after bumpin’ to our favorite hip hop hits and then Fergie DJ played “Wonder Wall”.

Not a remix.
Not a transition.

Just a few bars of “Wonder Wall”, an EDM song, and then the rest of “Wonder Wall”. That was the point that we decided the evening was over. We went back to the hotel around 3AM (PST, so keep in mind when I had woken up that day) and passed out pretty quickly.

It was an awesome first night out, though, and I was really excited to spend more time with these ladies to celebrate Megan getting married in a few days!

The main reason I could never be a ✨content creator✨ is how bad I am at planning said content. I don’t plan things ahead as far as photos, so here is a selfie I took 10 minutes ago after steaming this dress and doing my unfortunately routine struggles with hair and makeup. (Someday… I will have the upper body strength and hand steadiness to do them in a timely fashion… someday…)
Happy anniversary 💖
Wasn’t ever after meant to feel… happier? I suppose a bird in a beautiful cage is still not free to fly. (5/5)
“But…?”
“Off-planet? Honestly… that works for me right now.” 🕸
“If your father were alive, he, too, would laugh at the notion that the prince would choose you. We’ll see, won’t we, but he’s just as likely to choose me…” (3/5)
Back to top
Loading Comments...
Comment
×
%d bloggers like this: