Last time on SF 2016, we arrived in San Francisco and discovered that San Francisco Comic Con was taking place at our hotel! And then we ate and caught up and tried to adjust to the different time zone so we could have more adventuring…

Despite heading back to our hotel room at about 1:30AM PST, all four of us were rudely awakened by the sound of bells clanging at 7:30. While we were able to get a little more sleep after that rude awakening, our bellies had us wanting food soon enough. (Remember: our stomachs were still running on East Coast time.) There weren’t any set plans for breakfast/brunch, and in fact the group was originally just going to mosey around and find whatever, but our room convinced the group to get dim sum.

We called around, trying to minimize our wait on a Saturday morning for dim sum, and were told there was zero wait at Canton Dim Sum & Seafood. It was close enough to the hotel, so we walked over and found not only no line but hardly any people? High alert. While we had a nice time here, it was mostly the company that made the meal good and I would not recommend visiting… Lesson learned, don’t get dim sum in Soma. 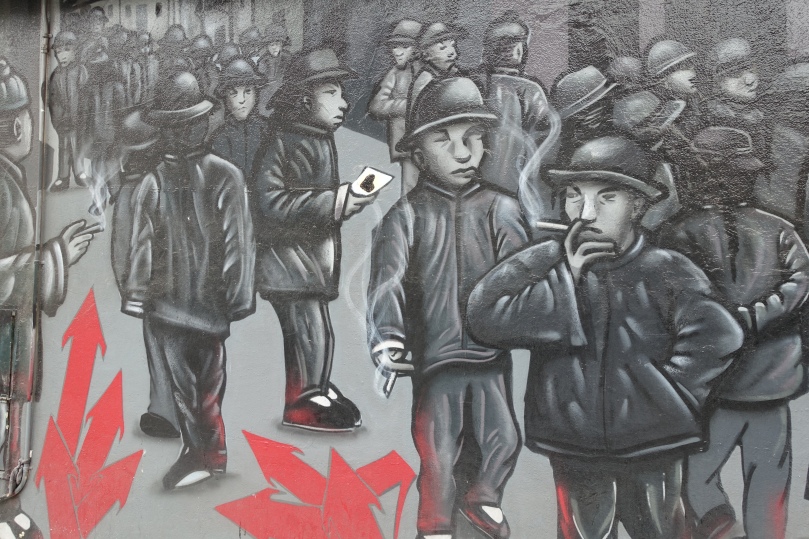 Onward and upward until we reached Nob Hill, where we had this really stellar view of Alcatraz and of how much higher we were than where we started. 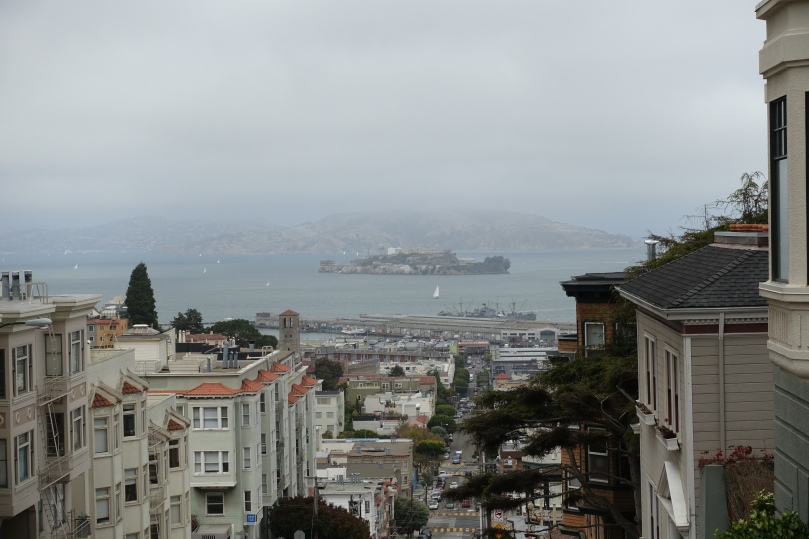 The houses were also getting really nice (and, of course, really expensive), so we had some fun telling a few folks that we were passing the house from Full House… a few times. Despite the fact that the houses we saw looked completely different from anything in the opening credits of Full House. (That theme song was playing in my head loads as I walked around…)

From there, we were able to see famous Lombard Street, which is as ridiculous as it looks in photos. I couldn’t believe there were cars winding their way down, and a car just parked in a spot on this absurd street.

Another little stroll and we were in the middle of Fisherman’s Wharf, where the sun finally decided to emerge from hiding among the clouds. 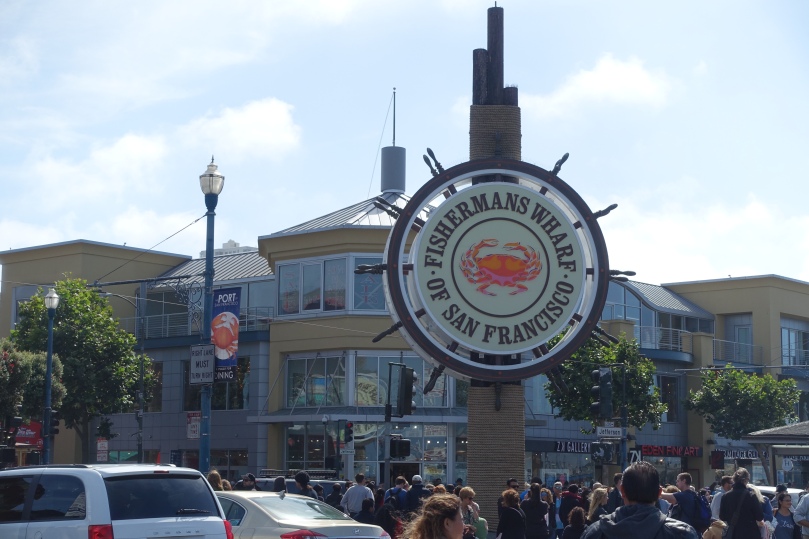 We walked around just a little bit, but actually found the most fun at the Musée Mécanique. It’s this incredible, free museum that features hundreds of arcade games, including a lot of antique coin-operated machines. Some of the machines are really old, so I was amazed that not only were they not safely stowed behind glass but open and ready to be played. Old coin-operated machines varied, from little peep shows featuring women in various states of undress to photos of the last big California earthquake. There was a machine that played a tune of your choosing, like a giant music box but to the max, and machines that would animate a group of dolls to play out a scene. There were also pinball machines and shooting games and racing games. 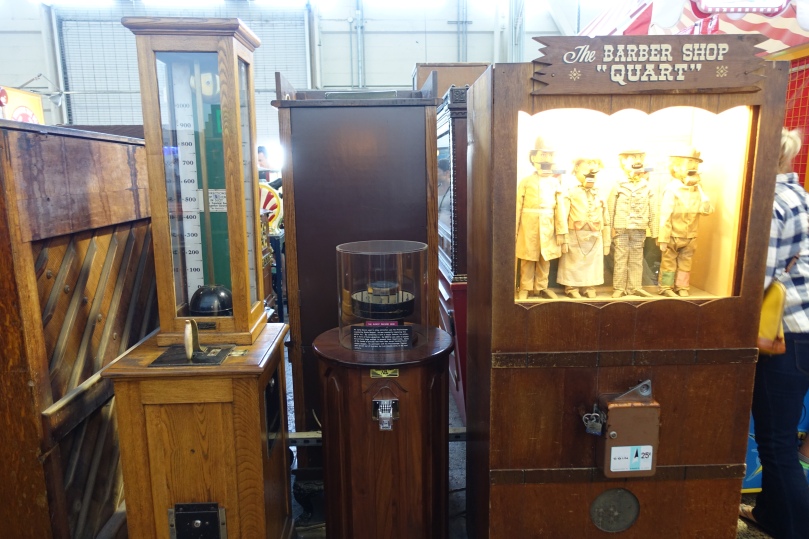 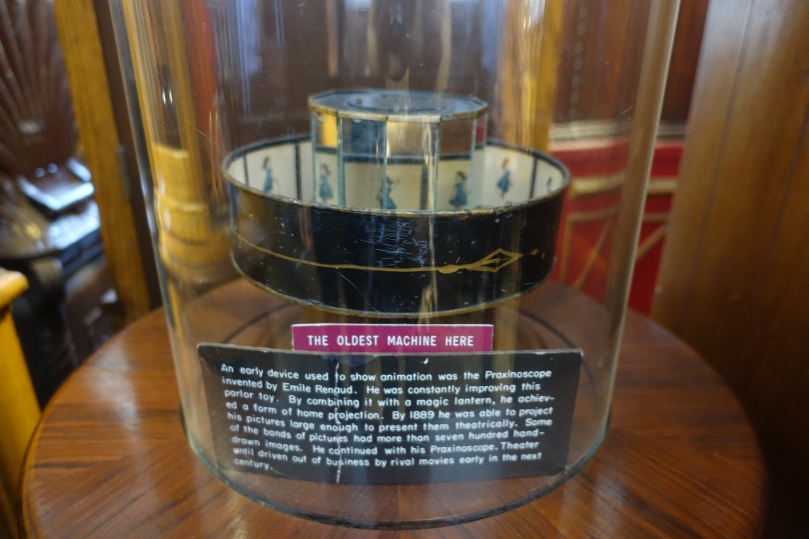 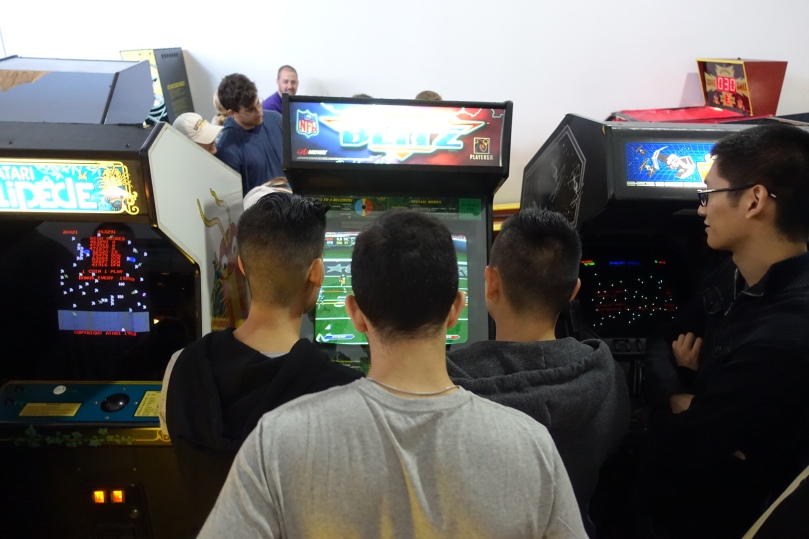 We spent a lot of time playing a game where you have to knock down clowns with baseballs. It turned into a small competition, where we didn’t really stand a chance against the couple that consisted of a varsity baseball player and a Baltimore Orioles ball girl. Our group also had a lot of fun with the test-your-strength punching bag and the arm wrestling machine that bested most of us on the easiest level. 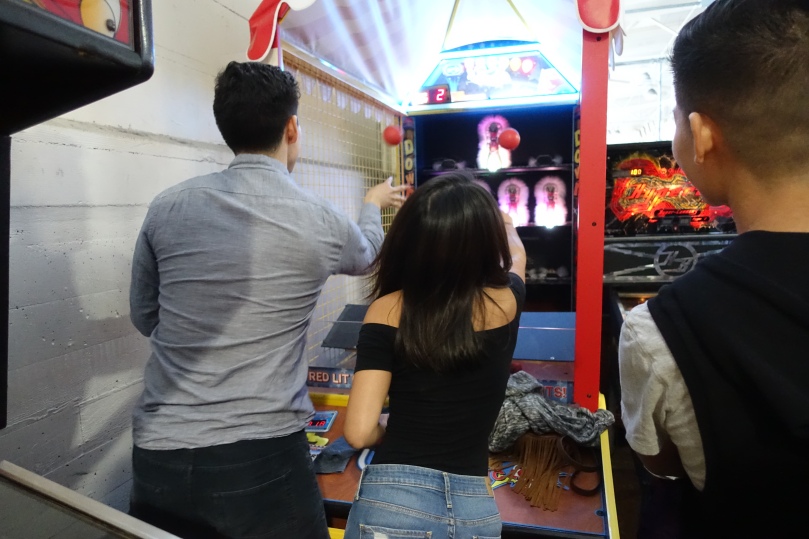 This was a pretty jam-packed day, and we only headed back to the hotel around 4PM. With a 6:30 dinner reservation, we had some time to fill and then an evening of fun-fun-fun to look forward to!